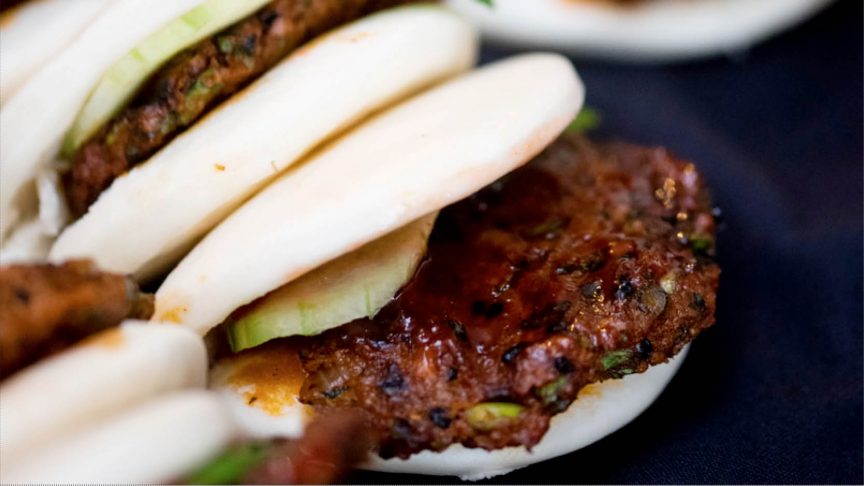 “Because version one of the food system is screwed,” he said. “We need another version. We need to rethink the food system…and that includes plant based meat.”

He added that the startup wants to appeal to meat eaters. “We want meat eaters to have a choice to say okay, today, we’re going to still cook spag bol or chilli con [carne] or have a burger, but it’s going to be with v2.”

Cowin, who is chairman and CEO of Competitive Foods, said he jumped on board with the v2 because it looked like a good commercial opportunity.

“The essence of the problem is the fact that the cow is a poor manufacturer of protein,” he said. “So you can turn grain into protein and you can make it taste good. It may not be exactly the same, but if you make it taste good, then we have a more efficient way of making protein.”

Cowin said the team is building a $20 million plant, which is set to produce plant-based meat, according to the Australian Financial Review.

“We’ve looked at all the different products that are being made in the US…[and] we think we can compete very favourably,” he told Business Insider Australia.

Construction on the new plant is set to begin before the end of 2019, according to the AFR, and it will start by making hamburger patties.

According to the CSIRO, the plant-based meat market is set to be worth more than $6 billion by 2030 in Australia, which will present a big opportunity for existing meat and grain producers.

CSIRO’s Deputy Director of Agriculture & Food Martin Cole said V2 could be a billion-dollar company that “could be bigger than Hungry Jack’s”.

Hazell said Australia is known for exporting meats to the world and he wants v2food to be part of that equation.

“From an Australian meat industry perspective, this is an opportunity to double, triple, quadruple what we make in Australia to export to the world,” he told Business Insider Australia.

v2food is set to appear in restaurants and cafes before the end of the 2019, and aims to have a presence in-stores by early 2020.