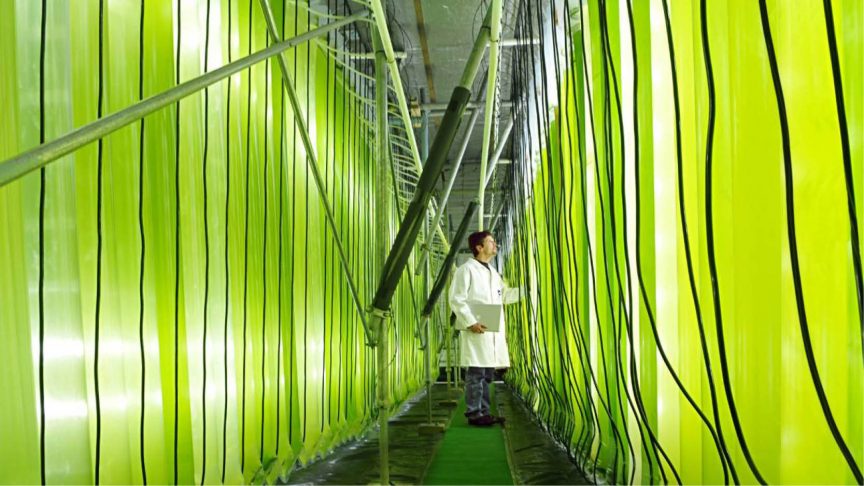 A “bunch of really smart guys” are setting out to put the top of the south at the cutting edge of artificial intelligence technology.

The Nelson Artificial Intelligence Institute has flown under the radar but the team behind it are quietly working on or eyeing up potentially world-leading aquaculture and marine projects, including understanding and hopefully stopping whale strandings.

Institute directors Brian Russell, Mark Houghton-Brown and Julian Maclaren all have a background in tech startup companies and want to use AI to enhance the region’s natural aquaculture advantage.

They already have backers in high places.

Al Morrison, the senior regional official for the Government’s Provincial Growth Fund (PGF), is the person who described the institute’s directors as “a bunch of really smart guys”.

In April, the institute was awarded $95,000 from the PGF and Morrison is awaiting a more substantial application.

A key conduit between the region and the Government’s purse strings, Morrison says he believes the institute could become “a nucleus that is a magnet that attracts others”, helping to turn the top of the south into a centre of excellence.

The institute is already using AI to help scientists at the Cawthron Institute in Nelson count and identify different algae in each sample they analyse.

The technology used is like that employed to recognise an individual face in a range of images. “Essentially, computers can do that for algae”.

For a human to manually detect and count the different algae in one sample, it’s a “really challenging job and that’s a trained biologist with a science degree and then one to two years training at Cawthron”.

“In a sample, there’s thousands and you’ve got to count them and detect the one or two toxic ones,” Russell points out. “That’s what’s detecting things like toxic algal blooms in the sounds, which if they don’t get ahead of it, then you can’t harvest out of shellfish. [That could have a] really big economic impact, people’s jobs are affected.”

To automate the algae-identification role, the team at the AI institute designed software similar to what the scientists already used but in the background it was taking a photo and recording a “label” every time different algae were identified.

Houghton-Brown says the project isn’t finished yet but it has already brought the job down to about an hour.

Another potential project aims to use hydrophones – underwater microphones – and AI to build up an understanding of why whales beach around Golden Bay.

“We learnt from iwi there’s a theory that it’s actually [orca] in the outer bay driving the whales in and they can’t escape so there’s a whole lot of stuff to be learnt.”

By detecting the whales, determining whether they’re healthy and where they’re going, “we hope we can stop them beaching but also understand more about it, which is terribly important because the fishing industry is going to offshore farming and where they want to put the farms is potentially where the whales group up and go down the coast, which could break the farms”.

“We can help the mammals in the sea but also the fishing industry how to be compatible.”

That project, which forms part of the institute’s PGF application, could also help detect Hector’s dolphins in the Bay to increase understanding of the endangered species.

Houghton-Brown says the whale/dolphin proposal would not be a commercial project. “No-one’s going to pay us for that.”

But Russell says it would be “a beautiful competency proof for us”.

“We’ll go and help other whales around the world.”

Morrison is enthusiastic about what a centre of excellence could bring to a region. He points to what filmmaker Sir Peter Jackson has done for Wellington and  the oil and gas industry has done for Taranaki.

He says the institute can automate massive amounts of information and “generate data sets that no human analysis could possibly do in any realistic time frame”.

Russell says artificial intelligence can take a large volume of data and “interpret it like a human can and actually make it valuable”. Such information can accelerate research and provide commercial advantage.

Such technology can also disrupt the primary sector.

“There’s an example out of Silicon Valley where they’ve got 10 or 12 artificial intelligence boxes on the back of a tractor automatically detecting weed versus your crops, say lettuce, using computer vision – like facial recognition at the airport – and then that only squirts fertiliser on the weed,” Russell says. “They use more fertiliser than they need directly on the weed. That kills the weed and fertilises the lettuce.”

“So to protect our primary industry here – and we’re the biggest fishing port in Australasia – the belief is that we need this Silicon Valley technology to come in and start helping the primary sector, otherwise it’s going to get disrupted from offshore and then we may not have the markets we want in the future,” Russell says.

“We need to scale up and actually do it, otherwise others will and then we’ll end up having to buy in their technology.”

Russell says he can imagine the Nelson Artificial Intelligence Institute teaching managers how to identify problems that AI could solve and helping programmers programme. Some of the software developed could spin out into a startups “so now we’ve got new tech jobs in the region”.

“Regionally, we have this job-depth problem,” he says. “If somebody comes here for a tech job and it doesn’t work out, there’s no second tech job for them and … they have to leave the region again and that limits who’s prepared to come here. If we can generate this tech depth in the region then that will snowball and that’s a well-proven model.

“Once you’ve got that tech depth and you’ve got a beautiful lifestyle place to live, then you can really spin that up.”

Houghton-Brown adds that the availability of “valuable high-tech jobs” means young people would not need to leave the region for such work.

“It’s a common theme around Nelson, and many regions of New Zealand are searching for the speciality and having enough momentum and expertise in the region to have a centre of excellence.”

Russell says he spent two years working with local bodies and other people to “figure out the regional strategy”.

“In Silicon Valley, we called it the right to win,” he says. “What unfair advantage do you have against your competition? That’s the thing you should go and do and we are the biggest fishing port so the fact that we have a lot of fishing companies and the likes of NIWA and Cawthron and Plant and Food – we are a centre of excellence and so we have all the aquaculture expertise.”

The team at the institute bring AI “and sit in the middle of this aquaculture expertise and we should naturally be able to become a world leader at AI in aquaculture”.

“All three of us have had tech startup companies and sold them so we know how to do it. We’re always looking for global opportunities,” Russell says.

Morrison, who came into the role as the PGF senior regional official for the region about six months ago, says he too takes a strategic view.

Key sectors for the regional economy include viticulture, aquaculture, horticulture and tourism.

That strategic view of a research and development future was tied up in the PGF decision to invest $6.4m in a top of the south ocean package in April.

Cawthron got $6m of that funding for a planned algae centre. The other three projects were $252,000 to investigate an upgrade of Port Tarakohe in Golden Bay, $99,000 towards a business case for Marlborough District Council’s Smart Services project and the institute’s $95,000.

Morrison says the “big money” for Cawthron’s planned algae centre is because it’s clear that “algal research is really critical and brings the prospect of some massively value-added products”.

Meanwhile, Tasman District Council-owned Port Tarakohe is a “centrepiece of the mussel industry being able to expand from 7000 to 47,000 tonnes a year over a decade”.

“Unless that infrastructure is fit for purpose, it ain’t going to happen so that’s our starting block,” he says, highlighting the importance of a proposed upgrade.

“What became obvious in our discussions was that the [aquaculture] industry struggles to get really comprehensive, fulsome data sets … and so we put some money into the Marlborough District Council’s Smart Services team,” Morrison says.

“They’re digitising what’s been done manually and what that means is you can have consistent data sets that will give you much better information about temperature, the onset of algal blooms, all sorts of things that they do but the more important thing is that you can put those sensors inside mussels and you actually start getting data sets about what’s happening under the water.”

The Nelson Artificial Intelligence Institute would then enable all that collected data to be automated.

In addition to the ocean package, the PGF is investing $435,000 in the 2077 Te Tauihu strategy, to give the wider region a long-term road map for growing and diversifying the economy.

“We’ve been introduced to and encouraged to talk to all the other constituents we’re going to be helping,” he says mentioning organisations such as the Ministry for Primary Industries, Department of Conservation, the councils, NIWA, NMIT, Nelson Regional Development Agency and iwi.

“That’s given us an understanding and an empathy for all their challenges. That’s part of the whole PGF strategy of how do you make this a regional strategy not a single project.”