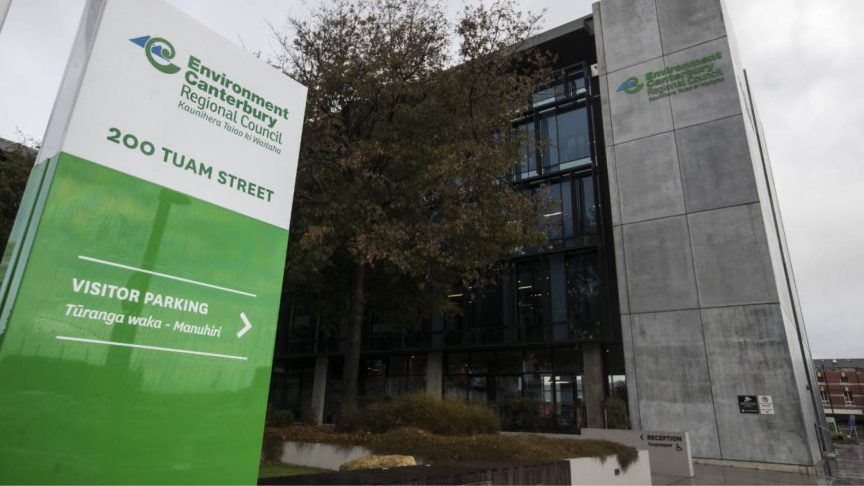 Environment Canterbury (ECan) is under increasing pressure to start a public fight to save the planet.

The regional council is due to debate declaring a “climate emergency” at its meeting on May 16.

But on Tuesday, even the council’s often run-of-the-mill annual plan hearings became a platform for what should be done to engage the public and protect the environment for future generations.

Pressure is building on Environment Canterbury to do something to get the public more active in saving the world.

In his submission on the 2019-2020 draft annual plan, Christchurch doctor Robin Barraclough​ told councillors the plan was “weak” and the organisation was not dealing with the issues as urgently as it should.

The region’s freshwater, air quality and biodiversity problems were a microcosm of the global situation.

“Your plan is a mixed message really. You know you’ve got a problem, but you’re not really dealing with it, in my estimation.

“I thought your plan was weak. The plan does not marry up with current, heavyweight reports on the state of the planet and also of the state of Aotearoa New Zealand. In medical terms, I would describe this as a cognitive dissonance.”

The draft plan allowed for “massive degradation of all aspects of the natural world” to carry on, Barraclough said.

ECan is scheduled to debate declaring a “climate emergency” at its meeting on May 16 after recent protest action by Extinction Rebellion.

“The social contract, between the public and the bodies that are meant to look after our health and wellbeing, is dysfunctional and broken in places, and I feel like your plan is evidence of that breakdown.

“You, ECan, can now create a public debate about where things are at, and what will happen if we continue with the status quo.

“Saving the situation means being honest with the public – this will include acknowledging there may need to be some sacrifices, some discomfort, to stop things getting worse. And this will make cleaning up the environment, front and centre of everything ECan does.

Even at what is usually a pedestrian annual plan hearing, Environment Canterbury has been encouraged to do more to save the environment.

“There are striking children for climate all around the world now and they understand this urgency. Be honest with yourselves, be honest with the public,” Barraclough said.

Cr David Caygill said ECan’s Land and Water Plan and its Canterbury Water Management Strategy were the documents dealing with Barraclough’s concerns, rather than the annual plan, which was basically the budget.

Cr Lan Pham asked where ECan should prioritise to make the biggest difference.

“The broader issue is you are referring to the urgency around the issues that exist and your comments are very accurate about the broad challenges we are facing.

“If there was one area that would need more resourcing, would it be around that climate leadership you talked about, or freshwater?”

Barraclough said the “real money is in starting the debate and engaging the public”.

Cr Cynthia Roberts said she was aware the real need to change was stressing many in rural parts of the region.

Barraclough, a former rural GP, said the challenges to the rural economy were “at the heart” of the issue.

“I have spent a lot of time living and working in very rural communities. I’ve dealt with huge great hulking farmers bawling their eyes out on my desk because they are living hand-to-mouth on a share-milking plot that is going to pieces.

“The answers will come out of public engagement and debate, from ordinary people … when they see and know that doing nothing is not an option.”