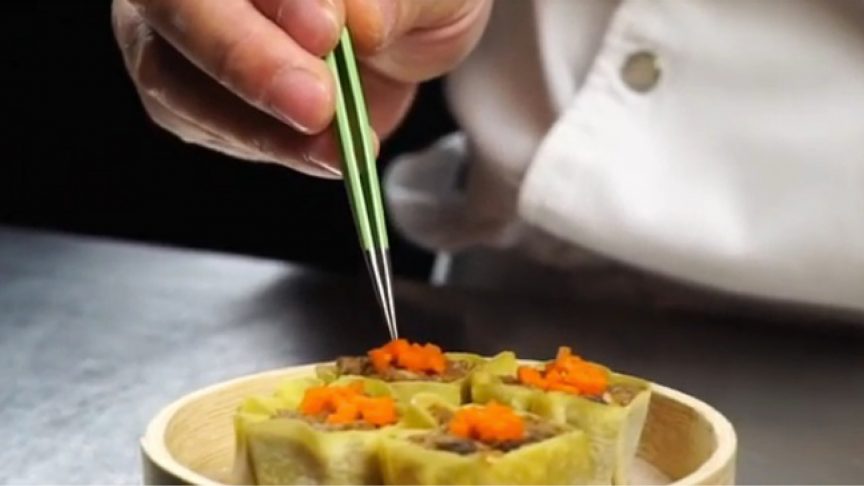 Shiok, which means “delicious” in Singapore and Malay slang, is developing shrimp, crab and lobster products by using stem cells taken from the crustaceans and feeding the cells a nutrient mix. The company says the result is friendlier to animals, human health and the environment. It also has the same taste and texture as the real thing, the company says, while providing a cleaner and safer alternative to the shrimp industry.

The traditional shrimp industry in Asia is said to be environmentally harmful and dominated by slave labor. As many as 30% of products sold as shrimp and tested are actually something else, Forbes reported. And of the 100 million pounds of shrimp the U.S. imports annually, the magazine says 20 pounds of bycatch — other creatures caught and killed along with the targeted species — are taken for each pound of harvested wild shrimp.

The demand for seafood remains high around the world, but particularly in Asia because of culinary preferences, according to TechCrunch. China consumes about 65 million tons of seafood annually. It’s followed by the European Union with 13 million tons, Japan at 7.4 million tons, Indonesia with 7.3 million tons and the U.S. at 7.1 million tons, CleanTechnica reported.

Shiok Meats may be the only “clean meat” business headquartered in Singapore — and it appears to be the only cell-cultured shrimp producer out there now — but other startups are busy working on cell-cultured tuna and developing plant-based fish and seafood substitutes for similar environmental and food safety reasons.

Although a market with a variety of cell-cultured and plant-based fish alternatives could help normalize the product for consumers, Shiok will have competition. Finless Foods is trying to develop a cell-cultured alternative to endangered Bluefin tuna. New Wave Foods makes a faux shrimp product from algae. Sophie’s Kitchen’s canned “toona” and faux smoked salmon, lobster and shrimp are made from pea starch and konjac. There is also Ocean Hugger Foods’ raw tuna-like “Ahimi,” which contains Roma tomatoes. Good Catch Foods produces fish-free tuna, crab-free cakes and plant-based sliders made from pea, soy, chickpea, lentil, fava and navy beans.

Shiok Meats will initially offer a shrimp product due the relative ease of production, but plans to expand to other shellfish items in the future. The target market is the Asia-Pacific region, the company said, with Singapore and Hong Kong being the first points of entry and India and Australia coming later. The short-term goal is to have Shiok products in at least one premium restaurant by the end of next year.

CEO Sandhya Sriram​ told TechCrunch the company started with shrimp because it is easier than crab and lobster. She added early testing has been successful and the company believes it can produce a kilogram of shrimp meat for about $5,000. Lab-grown meat producers are projecting prices much higher than that, the company said.

As Shiok scales up and the price eventually comes down, it has to convince consumers to give cell-grown shrimp a try. This task may be less onerous in Asia since shrimp is already so popular. There is also less competition than in the U.S., and regulations about bringing cell-based meat to market are more flexible. But if both taste and cost are acceptable, the reception is likely to be favorable since millions of consumers want shrimp — but plenty of them also want it to be sustainable and safe.