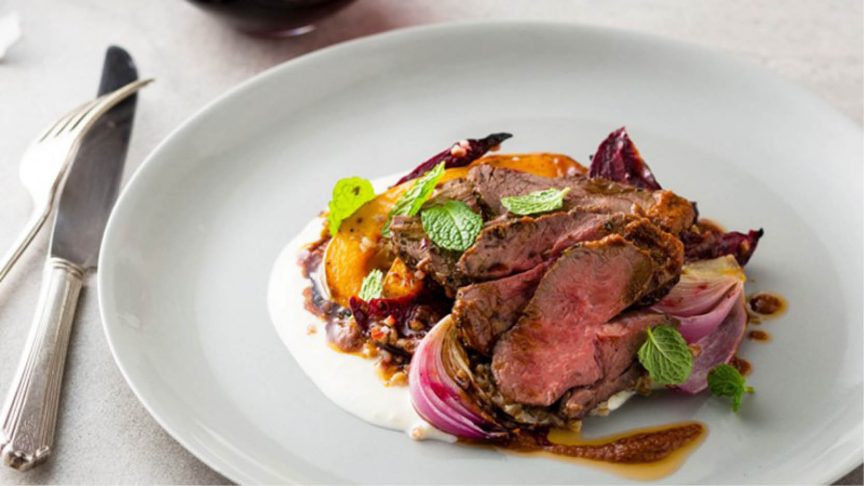 Genetics and chicory are giving rise to a high-country sheep so tasty that the meat industry sees it as a potential saviour.

Languishing lamb sales could be in for a boost from a project that aims to produce sheep meat to rival wagyu beef.

This year, New Zealand produced an estimated 23 million spring lambs, down 1.3% on 2016. That has global significance for lamb supplies since, with Australia, we account for three-quarters of the international trade in sheep meat.

Most lamb goes into the retail channel, which critics say means producers earn commodity prices for a product that, on scarcity value alone, should be making them more. But the Omega Lamb project, a joint venture between farmers, geneticists, agronomists, meat exporter Alliance Group and the Ministry for Primary Industries, is bumping a tiny amount of the meat further up the value chain.

The lamb, which is the product of a breeding and targeted feeding programme, is sold under the Te Mana label by Alliance. It’s the commercial endpoint  of a primary growth partnership (PGP) that grew out of AgResearch work on making hardier and fatter ewes to cope with high-country farms.

They’ve spawned a champion: a melt-in-the-mouth, mild-smelling meat that is being sold for more than prime beef at restaurants in trials in New Zealand and Hong Kong. Participating chefs have used it instead of wagyu beef on sushi. It targets the same marbled intramuscular fat that melts and makes the meat succulent.

Just 60,000 Omega lambs are forecast this year from participating farmers, double the 2016 output, and that rate of growth is expected to continue for at least the next two years. “This is a product positioned above health food. Foodies and health nuts are extraordinarily demanding and don’t mind paying good money,” says Tom Sturgess, a naturalised Kiwi since cancer spurred him to give up corporate life in the US for running Nelson-based Lone Star Farms, which produces 70,000 lambs on six properties. That’s not to say participating in the venture is an easy ride, he says.

“This stuff is extremely difficult to grow. Fastidious care has to be taken to adhere to the protocols of the programme.

“As a farmer, you don’t get to decide how you’re going to finish the lamb. The programme is there to maintain brand integrity.”

Sturgess says the strategy is similar to that of NZ King Salmon, which he used to chair and which is now listed on the NZX. “NZ King Salmon – just 0.5% of all the farmed salmon in the world. The chefs love it. It differentiates their restaurants, and customers love it,” he says.

The Omega Lamb pitch runs counter to the way the bulk of New Zealand’s lamb exports are marketed. It is a lean product, increasingly packaged into pot-ready cuts, whereas most export lamb goes to big supermarkets that wield pricing power.

“There needs to be a reset button for the sheep-meat industry,” says Peter Russell, Alliance’s general manager of marketing. “The industry has been trapped in the same business model – all about procurement – for 120 years.”

He ensured Omega Lamb didn’t go down the traditional retail route. “Clearly, lamb is suffering. What my parents used to eat isn’t trendy, isn’t cool – except maybe in a kebab.”

But top restaurants are always looking for new products that are attractive and cook well to serve to consumers who are willing to pay a premium, and fat is back in vogue for lamb. However, what’s wanted isn’t subcutaneous fat but intramuscular fat, or marbling; that’s also a characteristic of wagyu beef.

Omega lambs are the product of four sheep breeds – texel, romney, perendale and finn (finnish landrace) – reared through a combination of genetics and feeding regimes by farmer-owned company Headwaters. They have been bred for traits including their ability to take up and retain omega 3 fats, and are fed chicory, a natural source of the oil. The result is meat with comparatively high proportions of omega 3 and polyunsaturated fats.

The happy outcome was “this tastes fantastic. That was the starting point of the PGP – the realisation that we can produce animals with really high omega 3 and maybe market the meat. Six years of science and breeding and playing around with foraging and then we thought we were onto something.”

The Government has put $12.5 million into the project over seven years, the same as the other partners, for a forecast economic benefit of up to $400 million over 25 years.

Sturgess says he learnt in his former life as a meat-industry executive that the best returns are made by selling direct to customers such as top restaurants. Retailers “are the last people I wanted to sell to because they have all the power. With an ultra-premium product like this, we don’t like to sell it to retailers.”

Sean Marshall, head chef at Wellington’s Matterhorn Restaurant, which has been trying out the Omega-produced lamb, is positive about it.

“The flavour profile and juiciness that come from the intramuscular fat is quite exceptional without leaving a fatty film on the palate that can come from other breeds,” he says. “I was among a group of chefs who tested the new breed last year and at the time was blown away.”

That’s the sort of feedback that gives investors in the project confidence about increasing production.