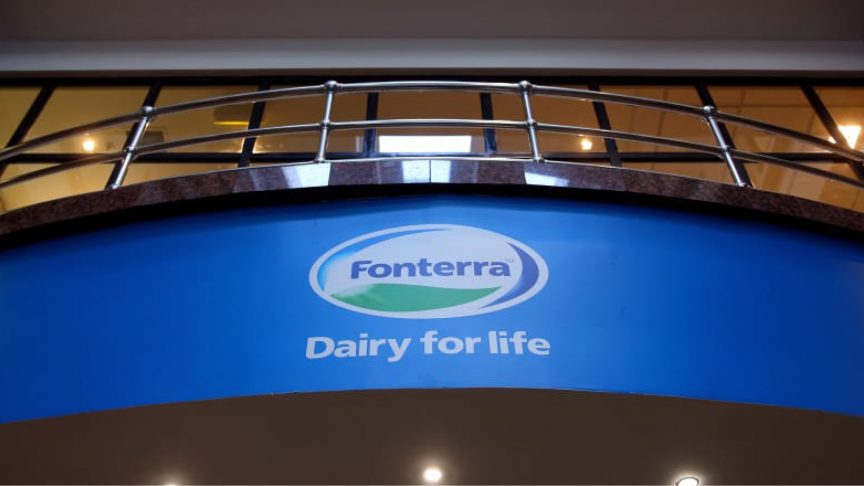 Fonterra has bought a stake in a Boston biotech start-up that wants to develop cow-free protein for use in products like cheese and drinks. But while the co-op says there’s room in its future for both dairy and “dairy-like” products, it insists cow-free protein isn’t necessarily more environmentally-friendly.

Fonterra is dipping a hoof in the lab-grown food market by investing in a Boston biotechnology start-up backed by Bill Gates and Jeff Bezos.

Motif Ingredients — whose homepage features a block of (presumably animal-free) cheese — plans to create lab-grown alternatives to milk protein, egg and meat protein. The goal is making cheaper food ingredients without cows, sheep or chickens by using genetically modified microbes (yeast, fungi and other tiny organisms) to ferment foods like sugar, ultimately brewing proteins that its founders hope will taste and function like animal proteins.

New Zealand’s dairy co-op is walking a careful line — assuring farmers that cows’ milk remains the priority and insisting it is not clear that cow-free protein will be more environmentally friendly.

With an extra two billion mouths to feed in coming decades, Fonterra says there won’t be enough cows or land to supply enough protein the traditional way. With that in mind, it wants to be part of the move to make animal-free protein, it says. It may, one day, become a customer of Motif’s for its ingredients business.

Fonterra’s Judith Swales, head of the co-op’s Global Consumer and Foodservice business, says Fonterra was in talks with Gingko and other investors for about 12 months before today’s announcement. While she wouldn’t disclose how much of the Motif’s $90m start-up money was from Fonterra , she said the co-op was a minority shareholder and wouldn’t have a seat on the board.

Fonterra doesn’t expect a profitable commercial product to emerge for somewhere between 3-7 years, but if and when it does it may supply ingredients for foods like cheese, drinks and infant formula.

A major driver for a growing wave of investment in alternative proteins is making food without animal farming’s environmental impact.

A rival to Motif, Silicone Valley’s Perfect Day (“All the dairy you love, with none of the dairy cows”), claims preliminary university research shows its overall environmental impact is substantially lower than that of conventionally produced milk.

But Swales insists it is not clear that cow-free alternatives will be more environmentally friendly. She says the genetically engineered microbes like yeast that are used during the fermentation process still need a food source, such as sugar, which must be grown somewhere. “It needs land to produce it and there’s waste to be disposed of at the end. It’s not clear it’s going to be any better for the environment.”

The co-op has made clear it will still be promoting cow’s milk as being more valuable and nutritionally better than proteins created by new methods, while seeking a stake in the newer alternatives. “It’s not a case of either/or, but both,” said Swales. “We recognise the world is changing very rapidly.”

“This is a long-term strategic play but consumers are changing and we can see that. We believe necessity will become mother of invention,” she says.

One risk is that Fonterra’s farmer-shareholders may see this as their company investing in a competitor. While Motif will not make liquid milk alternatives, it plans to create ingredients that would normally come from milk. That may create a perception that the co-op risks under-cutting its ingredients business. Swales says: “No. Because at the end of the day the market’s going to grow by two billion extra people and not everyone can afford the highest quality ingredients. As consumers change, this is a way too meet growth, not eat into our core markets. We want to be able to explain to customers the difference between the two and why New Zealand’s [grass-fed dairy] with its nutritional profile is best you can get…and not be defensive about this new nutrition.”

Motif is a spin-off bio-engineering business founded by a fast-growing Boston-based biotech company called Ginkgo Bioworks. Gingko’s other projects include creating genetically-engineered mammal cells for pharmaceutical research, growing cannabis extracts in the lab from genetically-modified yeast, and using microbes to cultivate sugars found in human breast milk for adding to infant formula, among other things.

Fonterra had previously been accused of underestimating the threat from alternative proteins’ growing popularity. When the former PM’s chief science adviser Sir Peter Gluckman stressed the growing threat to New Zealand’s exports from new food technologies, Fonterra responded with a statement stressing that cow milk’s nutritional profile would be “almost impossible” to manufacture.

The statement added that Fonterra was “keeping tabs” on alternative foods. That was in late 2017. Swales said today that the company never had its “head in the sand”, it was just waiting for the right opportunity. “A few years ago this probably sounded like sci-fi,” she said.

New Zealand’s beef and lamb sector has publicly grappled with the risk from animal-alternatives, producing a detailed report last year on the future of protein. In another report on alternative proteins last year, MPI stressed the risk to New Zealand from relying too heavily on just a few products, at a time when climate and other impacts of farming are increasingly under the spotlight. “New Zealand’s animal-based protein export revenue alone accounts for 60 percent of New Zealand’s total primary exports….Dependency on a few markets and products creates risks and therefore innovation and assessment of consumer and market trends are critical to ensure the long-term success of primary industries in New Zealand,” said the Ministry.

Business journalist and Newsroom columnist Rod Oram said Fonterra should be investing in new proteins. However he believes it will be a big challenge convincing farmers the venture is complementary to cows milk and not a competitor.

While Oram says the two can work side-by-side, there was a risk alternative foods would take over if the environmental gap between the two was too large.

While the new technologies may come with an “ick” factor for some shoppers, some market-watchers believe consumers will embrace GMO and lab-grown alternatives as ingredients in other products, such as chocolate or biscuits, before they come around to the idea of synthetic “milk” and “meat”.

Fearing losing sales, United States farmers seek a crack-down on companies using the word milk to label anything that is not from the udders of a lactating mammal, meaning almond, oat, rice, soy and other plant-based products might have to be sold as “mylk” or other alternative names like “plant-juice”. The plant-based protein industry argues that consumers know perfectly well what they’re getting already.

The possibility of a New Zealand Inc. marketing strategy that straddles both animal and non-animal products did not sit well with some New Zealand First and National MPs when Air New Zealand decided to offer a plant-based burger alongside the meat options on one of its business class routes last year. Among the critics was Mark Patterson, the primary industries spokesperson for New Zealand First, who called the burger a “slap in the face” for this country’s red meat producers.