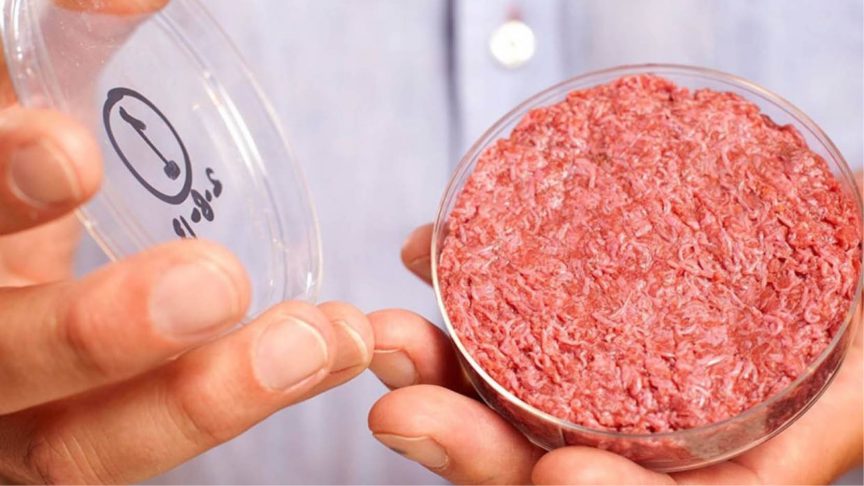 Are cows evil? You could be forgiven for thinking so.

If the alternative protein companies are right, it’s much better to eat reconfigured soy-protein with genetically modified heme, or even meat grown in a lab, than eat an actual cow.

The question is timely because in a surprise move Fonterra announced last month it was  investing in Motif Ingredients, a Boston biotech startup that wants to use genetic engineering and cultured ingredients to “make foods that are more sustainable, healthier, delicious, and more accessible”.

While people had different feelings about eating lab-cultured meat, there was a common concern around healthy and safety from those spoken to.

Wellington mother Beth Thomas,42, said lab-grown meat was too futuristic for her and she would rather have a few vegetarian meals a week to reduce her meat consumption than go for alternatives.

“I feel like I would not be prepared to guinea-pig on myself or my children. That I would want to know a hell of a lot more about it and for it to be a lot more tried and tested,” Thomas said.

Darth Cornelius, 21 from Hastings, said if lab-gown used less land and less water than conventional agriculture, it was a no-brainer, provided there were no hidden surprises.

“It’s cool and scary and kind of gross,” Cornelius said.

“If I knew what was going into it, and I knew the process, and I knew that they weren’t using some unresearched bad version of crispr (a gene editing system) that’s going to make me grow three toes after eating it for five years, then I’d be pretty open to it.”

But getting the facts straight on the carbon footprint of cows and other livestock is important because this is the argument that agri-tech companies are selling their billionaire-backed products with.

Frank M Mitloehner, one of the authors of Livestock’s Long Shadow, a 2006 Food and Agriculture Organisation report, which came to the conclusion livestock were more harmful to the climate than all modes of transportation combined, has publicly stated the report got it wrong. It’s also been corrected by the report’s senior author.

The report is widely recognised for providing the impetus behind the trend to eat less meat.

“Foregoing meat and meat products is not the environmental panacea many would have us believe. And if taken to an extreme, it also could have harmful nutritional consequences,” Mitloehner says.

While United States intensive feedlot style farming is disastrous for animal welfare and the environment, properly managed grazing livestock are an important part of the nutrient cycle, helping to capture carbon in the soil.

Enthusiasts of regenerative farming have been making the point but it seems to get lost in the Silicone Valley hype around alternative proteins.

Alternative meat products are big business, and expected to reach global sales of US$7.5 billion (NZ$11.3b) by 2025. And they are attracting investors. Motif raised US$90m in its first funding round.

Meat alteratives are usually made from plant proteins, typically soy, and in the case of Quorn, a mince substitute that uses protein obtained from fungi.

The now famous Impossible Burger is cultured in a lab from plant-based proteins, and mimics real meat with its ability to ‘bleed’, by taking DNA from soy plants and inserting it into genetically engineered yeast, and then fermenting it to produce the blood-like heme.

But unlike its plant based competitors, Motif wants to produce proteins derived from dairy, egg and meat, using genetic engineering and fermentation.

Fonterra’s move is seen by some as risky, because it’s a move that signals an even bigger step away from the clean green sustainable New Zealand image than it did in 2011 when it cut half of its organic suppliers.

“Fonterra is letting its farmer shareholders down and moving away from its core business, milk. The investment in synthetic, GE processed food is a total contradiction to their mission statement of clean green grass fed food,” GE Free president Claire Bleakley said.

A US survey showed that the avoidance of genetically modified organisms (GMO) food continues to grow. In 2007 15 per cent of consumers avoided GMOs but now it’s about half.

Fonterra appears to be conscious that it is straddling a deep divide.

Fonterra’s global consumer and food service boss, Judith Swales said grass-fed dairy would continue to be a source of nutrition.

“At the same time we need to stay relevant to consumers and we can’t ignore that new sources of nutrition are here,” Swales said.

Motif chief executive Jonathan McIntyre said biotech and fermentation was the answer to the future of food.

It would produce “affordable, sustainable and accessible ingredients.”

“Where does the product they’re putting in their mouth come from and does it have a verifiable supply chain. I would have a lot more confidence going into my local supermarket and buying a reputable and traceable organic meat product,” he said.

Engineered food doesn’t appeal to everybody, and the ingredients list for the Impossible Burger doesn’t scream nutrition. Then there are those who embrace agritech and see it as the future of food.

Food biotech commentator Dr Rosie Bosworth, who has written extensively about alternative proteins, said the burger’s ingredient list was dubious, but as a replacement hamburger, once a week, it was probably fine.

Impossible Foods was not trying to appeal to environmentalist or vegans. It was trying to move meat eaters to a healthier, more sustainable, or ethical way of eating, Bosworth said.

“So buyer beware, approach with care, just like eating hamburgers on a daily basis,” she said.

Compared to the “concoction of hormones and animal antibiotics” cattle were fed in the hyper-industrialised US concentrated animal feeding operations, then changing to a meat alternative was quite appealing to some people, Bosworth said.

“We don’t all have the benefit of eating New Zealand grass-fed meat.”

For consumers who want a more like-for-like comparison for burgers than plant-based can provide, cell-based meat may be the answer, Bosworth said.

Younger people, who were more educated about environmental and ethical health impacts of their food appeared to be open to cell-based meat, she said.

Bosworth cited a recent Harvard study showing that willingness to consume cell-based meat was upward of 60 per cent among US adults.

Beef and Lamb New Zealand recently surveyed more than 2000 people to understand their views about the sheep and beef sector and red meat in their diet.

It found those surveyed to be curious about alternative proteins, but it didn’t appear that Beef and Lamb was going to lose customers to those products.

Beef and Lamb global market and innovation manager, Lee-Ann Marsh said there remained a firm group of people that wanted natural, and beef and lamb fit the bill.

Bosworth said Fonterra’s investment in Motif was smart. It was better to be part of the changethan have it forced on you.

There was a place for biodynamics and organic products, Marsh said. “But that model cannot feed a growing world. We can’t ignore that fact.”

That we need technology to feed the world is a common argument. But small farms already feed 70 per cent of the global population, according to the UNs Food and Agriculture Organisation, while one third of all food produced is wasted.

Farming methods are an important factor in sustainability that often goes unmentioned.

Former environmental policy specialist and biological soils consultant Phyllis Tichinin, said the rush towards tech-based solutions was alarming, and that the oversimplification of science in agri-tech showed ignorance about the complex nature of agriculture as an interconnected system.

A 2015 study in the Environmental Science and Technology journal looking at the environmental implications of lab cultured meat compared to rearing animals found that replacing biological functions with industrial equivalents may be more energy intensive. A February study published in Frontiers came to the same conclusion.

The cutting edge of science was biology, Tichinin said.

“If biology and ecology teaches us nothing else it’s that diversity rules and governs all systems resilience, productivity and regeneration, along with actually producing biomass,” she said.

“Our farms are ecosystems. As a result of simplifying we’ve created all these environmental problems.”

But Swales said Fonterra’s stake in Motif allowed it to stay at the forefront of emerging food science, “futureproofing our co-op for generations to come”.

But as Bosworth points out, it’s still a gamble.

“This is a human experiment and until we’ve gotten further down the line, none of us are going to know what the health benefits are.”