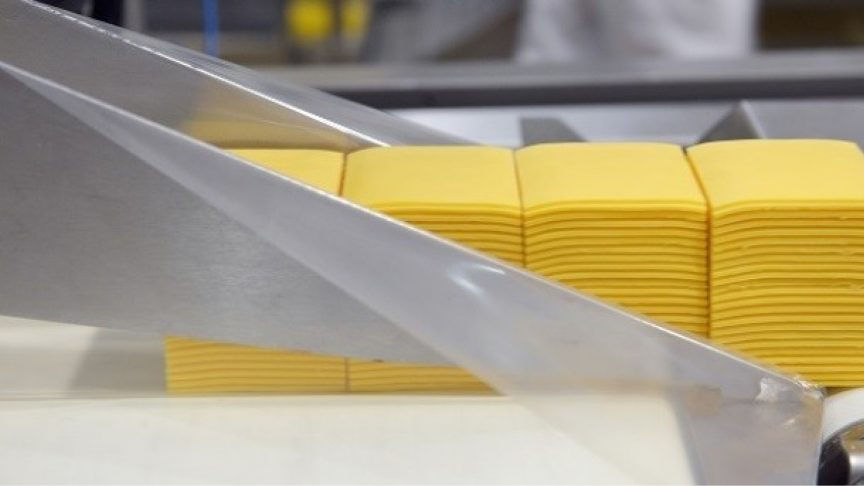 The expansion of Fonterra’s Eltham site has reached a key milestone, with the first individually wrapped slices of cheese now coming off its new production line destined for supermarket shelves around the globe.

The new line is part of a $32 million project to bolster the site’s cheese capability, doubling the amount of the world-renowned sliced cheese that can be produced at the Taranaki-based site.

“One of the most exciting things about our consumer and foodservice expansions is they’re almost entirely demand-led, meaning from the moment the first product comes off the line it’s already earmarked for customers in one of more than 100 markets around the world,” he says.

Mr Leslie says these expansions also diversify the Co-operative’s asset mix, giving Fonterra more choices in what it does with farmers’ milk and allowing more agility in meeting changes in customer demand.

Sliced cheese made at Eltham comprises both individually wrapped slices and slice-on-slice cheese that is used in restaurants and fast food outlets, and is one of the Co-operative’s most in-demand consumer and foodservice products.

“It’s a product that really supports our V3 strategy, to deliver a greater volume of high value products, at velocity,” says Mr Leslie.

“Once completed, we’ll be able to make around 2.3 billion slices of cheese each year out of Eltham, all of it sold into growth markets in Australasia, Asia and the Middle East.”

Site manager Brendon Birss says the team is excited to reach such an important milestone in the project.

“A lot of work has gone into completing the first phase of the expansion. Local builders and contractors have pulled out all the stops to get us up and running on schedule, and we’ve seen great results from the new lines in testing over the last few weeks,” says Mr Birss.

The second stage of the expansion is due for completion in February next year with the new sliced cheese line closing out the project.

“Our teams are now completely focused on the next few months, delivering against our timeline to bring the slice-on-slice lines on board with as little impact to our existing processing as possible,” he says.