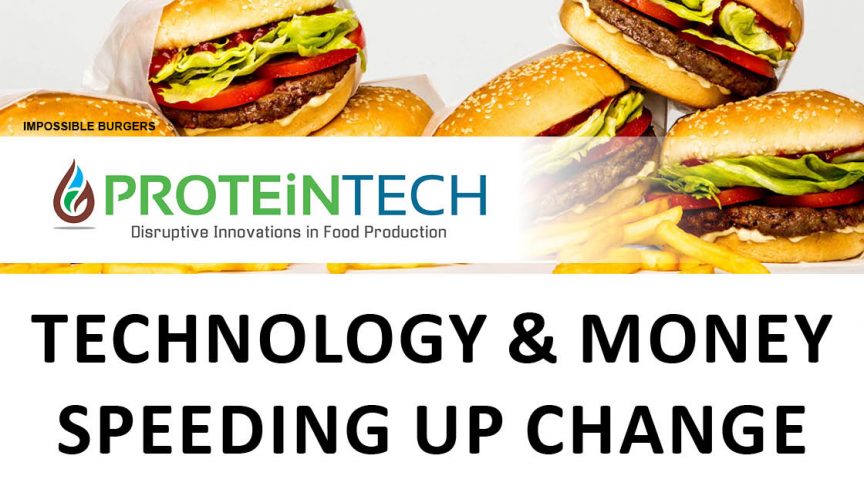 An upcoming conference in Auckland on alternative proteins offering consumers new food choices will include a debate on whether new plant-based proteins will disrupt traditional meat producers’ markets or simply bring more cheaper food choices to the masses.

Last week in Britain, ahead of expectations, Tesco and Dutch-based plant food company Vivera jointly announced the immediate stocking of 100% plant-based steaks on supermarket shelves there.

“Until Tesco announced their immediate plans to stock the new meat alternative, most commentators were still talking about meat replacement meals as the ‘future’ of foods, not the ‘now’ alternative in your local store,” says technology disruption observer John Stulen of Innovatek.

“Recently, food futurist Rosie Bosworth warned our traditional meat producers not to be complacent about the speed of change coming in consumer food preferences. There are two key drivers – risk equity looking for a quick return and rapid changes in food technology,” added Stulen.

Last week in Tauranga, US-based Eric O’Brien from Fall Line Capital said tomorrow’s plant-based protein consumers will be millennials. He cautioned that this group were becoming a major power in food marketing and were driving changes in industry and behaviour. They would also make up 75 per cent of the workforce before long. So, the message is that there’s plenty of private capital chasing new mass-produced options for young people as they become the dominant force in determining food choices at your local supermarket.

The takeaway from these comments is not that famous people like Branson or Gates are having a flutter, but that there’s ample venture capital floating around the globe. A good chunk of it is helping to accelerate developing meat alternatives, so you’d be a mug to dismiss these new products as fantasies of tomorrow. And it’s not just money, but new technology, that is seeing new products come to market much faster.

Just yesterday, New Zealand’s TV3 news reported immediate plans by Impossible Burger CEO David Lee that their burgers will now be marketed internationally. A couple of years ago the plant-based burger was just a future trend – now it is here for the masses.

“The speed of the Impossible Burger’s development from lab to supermarket shelves is a sign of today’s technology trends – these developments will just continue accelerating,” says ProteinTECH conference director John Stulen.

Coming to Auckland in July, Innovatek’s ProteinTECH Conference brings together leaders in primary industries from the development and research fields. These key people have their finger on the pulse of changing food production trends, alongside industry analysts, financiers and key accounting/consulting firms. If mass-market food is your business, this is a must-see event.

See www.proteintech.events to register or view the programme. The one-day ProteinTECH conference runs on 24 July at the Novotel Auckland Airport Hotel. Call 07 921 1382 for more information.