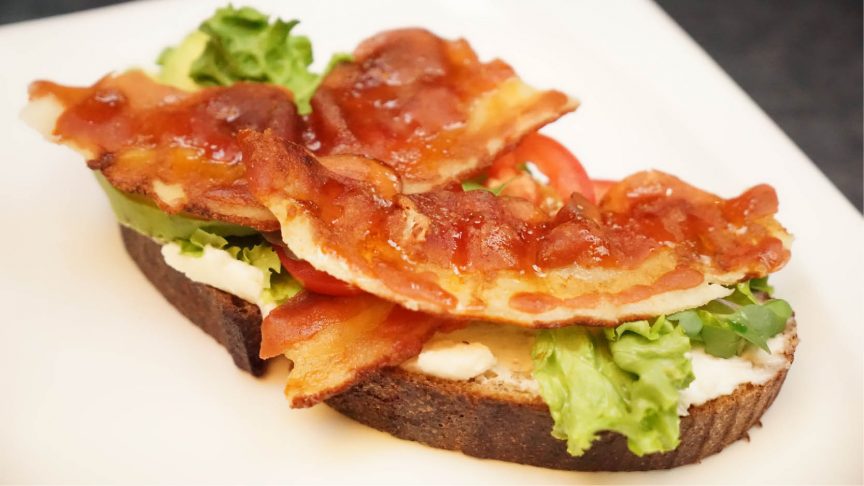 When Sri Artham began experimenting with crafting bacon by mixing plant ingredients in his San Francisco kitchen in last February, he didn’t expect to become a pioneer in the plant-based pork business in just a matter of months. He wasn’t even planning to become a food entrepreneur. But after a seasoned chef sampled Artham’s creation, everything changed.

“When I started working on our bacon, my main goal was to learn about how plant-based meats are made and immerse myself in the industry,” said Artham, who’d driven to the culinary expert’s house to get his opinion. “There was a giant pile of pig-based bacon sitting on the counter that he had fried up for comparison. I thought, ‘Oh, man. I’m screwed!’ Amazingly, he loved my bacon. When I walked out of his home that day, I knew I was ready to start a company.”

Hooray Foods was soon born with a mission, ignited in Artham’s mind by California’s devastating Camp Fire in late 2018 and the knowledge that pigs represented the second greatest agricultural source of greenhouse gas emissions in the United States.

“It was time to shift my efforts to using food to save our planet,” said the plant-forward pork genius, who previously launched a tech startup to benefit farmworkers and promoted ethical foods at Fair Trade USA. “Eating the Impossible Burger and Beyond Burger helped me cut beef out of my diet. I thought I ought to start a company that would do the same for pork. When one thinks of pork, the most natural starting point is bacon — because who doesn’t love bacon?!”

While dismantling the demand for pork requires better plant-sourced answers to the 60-billion-dollar global market for bacon, making delicious, rich, smoky, crispy, and chewy plant bacon to rival everyone’s favorite animal bacon is a tall order. Artham developed his alternative using organic, everyday (still secret!) plant-derived components, and he used no potential allergens such as soy or gluten. He followed the strategies of plant-focused successes like Beyond Meat and Impossible Foods as well as home chefs, picked up some pointers from GFI’s online course on revolutionizing meat generation, and attempted a lot of recipes that didn’t work.

“I should show you pictures of the failed experiments — some get pretty gnarly,” he said.

Even so, his perseverance is paying off in the form of compelling pig-free bacon. Hooray Foods drew record lines of bacon enthusiasts excited to try it at the 2019 Good Food Conference, where Artham pitched the innovation onstage and food writers weighed in with approval.

“The response has been great!” he said. “I bet if I put our bacon in a BLT and fed it to an unaware person, we could trick them most times into thinking it was real bacon. There’s more we can do to make our bacon better. The feedback we get at events guides our R&D efforts.”

Hooray Foods now operates out of a commercial kitchen and serves several restaurants in the Bay Area. As he tackles the challenge of expanding production to increase sales in foodservice, where most people consume bacon, Artham’s glad getting them onboard with the concept of a plant-centric one has been simple.

“That’s thanks to all the amazing plant-based meat companies who came before me and paved the way,” he said.