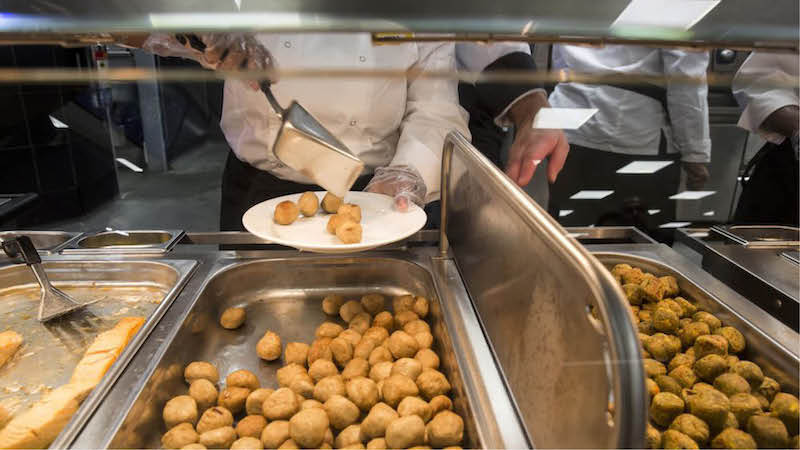 Furniture giant Ikea is close to finalizing its new item, with in-store testing planned for this fall before a global rollout in summer 2020, managing director for Ikea food services Michael La Cour said in an interview. That’s faster than the trials originally scheduled for “early next year.”

The chain, which has more than 400 locations around the world, considered wheat, soy, peas and even oats as chief ingredients for the product, La Cour said. Eight employees are working exclusively on the vegan meatballs as the company ramps up development of plant-based items. Ikea has already sold 7 million of its new veggie hot dog, exceeding expectations, La Cour said.

Plant-based foods are gaining popularity across the world as consumers look for nutritionally sound items that are also environmentally sustainable. Burger King is going national with its new plant-based Whoppers, while mock-sausage seller Beyond Meat Inc.’s recent IPO overwhelmed the market with the shares surging 163% on opening day.

Ikea — whose restaurants’ meatballs are usually served with cream sauce, mashed potatoes and lingonberry jam — will continue to sell other meatball varieties, including chicken, fish and classic. The existing veggie ball first released in 2015 in some markets will continue to be sold, with the new plant-based offering intended to mimic meat better than the existing formulation.