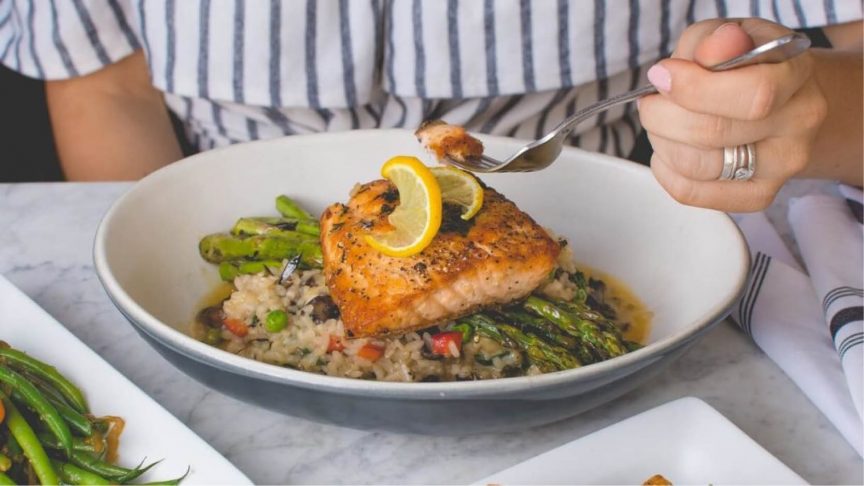 Impossible Foods is widely known for its vegan “bleeding” beef-like Impossible Burger, available at major restaurant and fast food chains across the U.S, including Burger King. According to a new report from the company, Impossible Foods could be setting its sights on another market: the fish industry.

In its 2019 Impact Report, Impossible Foods states, “our platform has never been burger-specific. We’re continuing to invent and discover the capabilities and tools for the whole range of meat and dairy products from plants.”

Vegan fish could be next. “Plant-based fish is a particularly high priority,” says the report. “Marine harvesting has decimated underwater populations and is leading to a collapse of biodiversity in oceans, lakes, and rivers.”

By developing vegan fish, Impossible Foods joins a number of brands trying to save the oceans through food innovation.

Good Catch Foods is one such company on a mission to disrupt the seafood industry. Created by chefs and brothers Derek and Chad Sarno — also the founders of Wicked Healthy — the brand offers vegan crab cakes, tuna, and fish patties.

“The entire industry needs to find ways to replace unsustainable animal systems,” says the Impossible Foods report. “From the sea to the feedlots of the US.”

An Animal-Free Food System By 2035

It may seem like an unachievable task, but Impossible Foods CEO Pat Brown has hope. He told the Telegraph recently, “our mission is to completely replace animals in the food system by 2035. You laugh but we are absolutely serious about it and it’s doable.”

He explained, “from the time the first super crappy low-resolution digital camera came on the market until Kodak basically shut down its film business was about 10 years. If you can make something that outperforms in delivering what consumers want, the market can work fast.”