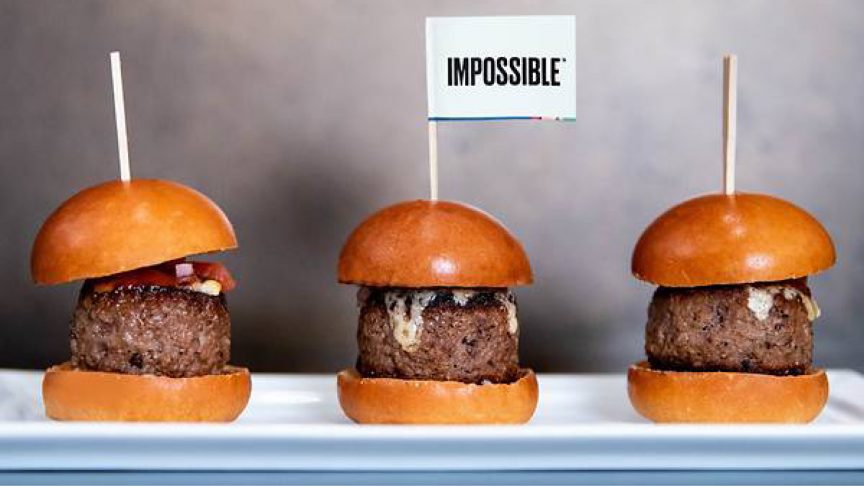 Foodies in Singapore will soon have more veggie options to look forward to with the launch of Impossible Foods’ plant-based meat in March.

Following an earlier launch in Hong Kong, the United States start-up late February announced the roll-out of its product to Singapore, with a variety of dishes available at eight partner restaurants.

This comes after the company unveiled its Impossible Burger 2.0 at the CES 2019 consumer electronics trade show in January.

This “meat” product contains no gluten, no animal hormones and no antibiotics, claims Impossible Foods, and is also halal-certified and kosher.

It will feature in selected restaurants from Mar 7. Here is the full list:

Menu items: A new Impossible Patty Melt (S$22) will replace the eatery’s existing Patty Melt made with ground beef. Described as cooked “just like a cheeseburger”, the patty melt is topped with caramelised onions, special sauce and dill pickles sandwiched between rye bread.

Menu items: The Impossible Flatbread (S$24) – topped with caramelised onions, walnuts and rocket pesto – and The Impossible BSK Burger (S$25), which features a 7oz patty with Monterey Jack cheese and smoked bacon ketchup. Diners can also add a slice of the Impossible patty to any salad.

All restaurants in Singapore can also order the product through food importer and distributor Classic Fine Foods.

For all the juicy photos from Impossible Foods, visit: https://cnalifestyle.channelnewsasia.com/dining/impossible-foods-meat-burger-plant-based-singapore-launch-11290616