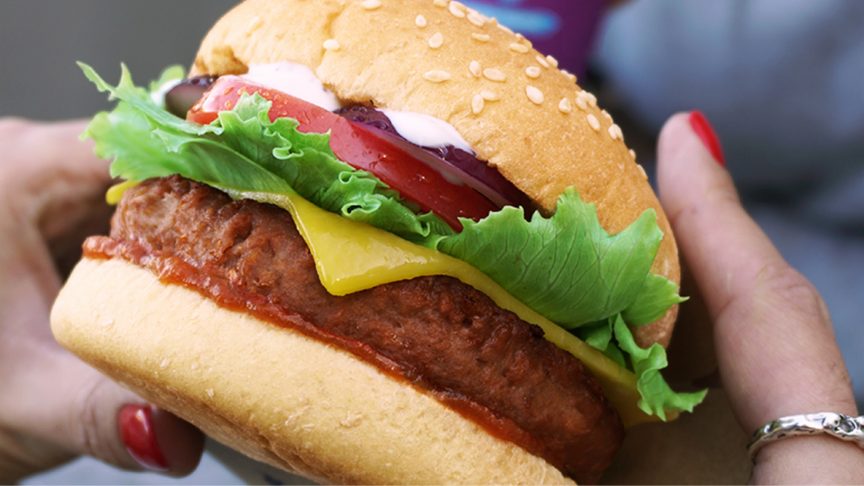 The burger chain has launched their new Beyond Beleaf burger, containing one of the Beyond vegan patties which by all accounts looks, tastes, and smells like its meaty alternative.

Considering I’m a bit of a carnivore and thrive on a good steak, I was a bit suspicious. While I can get behind a lentil/mushroom/chickpea meat alternative, fake meat has previously given me the creeps.

However I’m very aware the best thing any of us can do for our planet is to stop – or at least cut down  – our meat consumption. Even a few less meals a week can make a big difference.

The Beyond Beleaf burger offers a solid hit of protein, and as no GMOS, soy or gluten. So it stacks up on paper. But in flavour, how does it compare to the beefy alternative?

Watch the video where Newshub whacks on a blindfold and finds out.