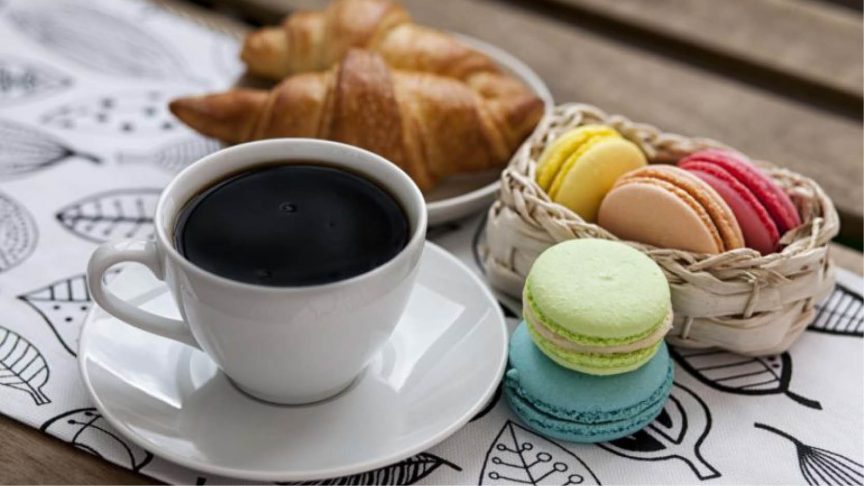 France became the first country to pass a national regulation specifically against food waste in 2016. That effort earned a lot of attention—resulting in a top ranking in the 2017 Food Sustainability Index—and prompted conversation in the United States: can we, or should we, implement a similar policy here?

Up to 40 percent of food production in the U.S. is wasted and more than 1 billion tons is wasted globally. International organizations such as the Intergovernmental Panel on Climate Change have called for urgent change in production and consumption patterns. The fact that immense levels of food waste coexist with high levels of hunger makes the need to optimize the country’s food resources strikingly clear.

As the world hopes to achieve a 50-percent reduction in food waste in 11 years, in accordance with the United Nations’ Sustainable Development Goals, it’s worth revisiting France’s effort. We interviewed French policymakers along with corporate and nonprofit stakeholders to draw lessons from the 2016 legislation implementation.

Our investigation uncovered some common misperceptions. First, the French law was not, in fact, a complete “ban” on food waste at the retail level, even if foreign media depicted it as such, and some portion of food still ends up in French landfills. The law did, however, formally require large food waste generators to follow the hierarchy of prevention, recovery, and recycling.

Further, the popular notion that the law instituted “mandatory donations” is only partly true. The regulation mandates that supermarkets above ~4,500 square feet sign an agreement with food assistance organizations to donate their excess edible, unsold products. Yet, the obligation to sign a contract neither implies that supermarkets must donate a minimum quantity of their unsold products, nor give at regular frequency. The National Coordinator of Food Waste Policies Marine Augé views the law as “only coercive in its wording,” as it holds the potential for financial sanctions in case of non-compliance, but no such sanctions have been levied yet. In fact, “mandatory” agreements rely largely on preexisting tax incentives and voluntary commitments. The law mostly promotes responsible corporate behavior and formalizes the social expectation of donating food.

Food assistance organizations actually advocated for mandatory contractual relationships rather than required donation amounts in 2016. A Food Bank member commented that they did not want to become “the trash bin of the supermarkets by collecting non-quality products.” Not surprisingly, managing large quantities of food remains a “daily challenge” for food assistance organizations, which have received only limited and sporadic financial support to manage the additional food donated in response to the law. Food banks and pantries in the U.S. are similarly challenged. With extremely limited storage and distribution capacity, they must often discard uneaten food and bear the disposal costs. In that case, everyone (except the company selling the food) loses, because even more resources are wasted to move food that should never have been produced.

While the French law was neither a food waste ban nor a donation mandate, it has prompted progress. It helped make reducing food waste the norm among a wider range of food system actors. Despite limited financial and logistical support, representatives of both food assistance organizations and supermarkets observed that donation quantities increased by approximately 30 percent in 2017. French Parliament member Garot—author of the regulation—referred us to a study showing that the percentage of supermarkets donating unsold products rose from 66 percent prior to 2016 to more than 90 percent in 2018.

The co-founder of a Paris-based food recovery organization takes a more critical stance, telling us that the law hasn’t changed anything apart from the media intensity. Yet, his comment is significant, implying that food waste reduction efforts are becoming the norm without the need for heavy-handed regulation.

The law has spawned many local partnerships between supermarkets and food assistance organizations. New food recovery start-ups like Comerso and Phénix charge businesses a fee to find donation recipients, while optimizing logistical resources to collect and redistribute even small quantities of fresh and prepared food. The sustainability manager of a large supermarket chain indicates that these solutions have been particularly helpful for stores in rural areas that are unable to reach local charities.

According to the French Coordinator of Food Waste policies Augé, the law has also helped improve the quality of donated food, as supermarkets are expected to sort produce and donate packaged items 48 hours before their expiration dates. As relatively high tax incentives—around 60 percent of the food’s inventory value in France—play an important role in encouraging donations, French representative Garot would like to see additional regulations that tie such incentives to the quality of the food.

In addition to donating food, many businesses claim to prevent food waste by selling soon-to-be wasted products at discounted prices. These sales generate comparable revenues to the donation tax credit while making food more affordable. Both approaches, however, fail to address the underlying problem of overproduction. And in the U.S., where production levels almost double nutritional recommendations, we can no longer sustain this culture of abundance.

While fire sales and efficient recovery operations are appealing, regulations addressing food waste should prioritize prevention of unnecessary production in the first place. There lies the ultimate win, conserving resource inputs and minimizing environmental and social externalities along the food supply chain. To promote prevention among food system actors as well as consumers, the French law requires professional training programs and schools to provide curricula addressing food waste and promoting the value of food in the French gastronomic tradition.

Reflecting on the regulation three years later, the question for those in the U.S. is not only whether we could implement a similar law here, but how we could collaboratively create the expectation of doing the right thing for people and the planet. The French law evolved from several years of workshops and policy proposals as part of the National Pact against Food Waste, started in 2012 by Garot, then-Minister of Agrifood Systems. This multi-stakeholder process built consensus and ensured the buy-in and long-term commitment of multiple actors. That’s one key takeaway from the French experience—responsible collaboration for action.

The impact of wasting up to 40 percent of food impacts all global citizens, not just Americans. The U.S. has a responsibility to contribute to, if not lead, the global effort toward halving food waste by 2030. The U.S. already made this verbal commitment, through the U.S. Environmental Protection Agency and the U.S. Department of Agriculture. In addition, the recently adopted Farm Bill included measures on food waste. These are small positive steps, but policymakers must implement more comprehensive and ambitious policies, driven by measurement and supported with resources to ensure a collective mobilization to drive food waste reduction.