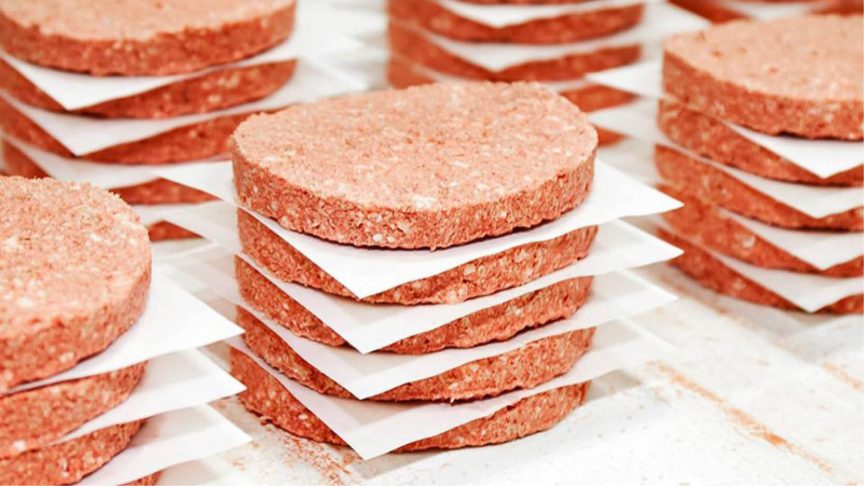 Vegan meat may soon become cheaper than its animal-based counterparts, according to a new report compiled by Liz Specht, PhD, senior scientist at food nonprofit Good Food Institute. In the report, Specht outlines the obstacles that plant-based food producers face when aiming to compete with meat companies. When it comes to profit margins, companies such as Beyond Meat and Impossible Foods are currently charging as much as the market will bear in order to funnel profits into expanding production capacity to meet surging demand. “Lowering prices would just lower their revenue, which would, in turn, hurt their ability to scale and meet demand,” Specht said. These companies are also at the mercy of using ingredients derived from a bigger supply chain such as soy and pea proteins which are primarily grown for other uses, including animal feed and oil. Specht believes that once plant-based companies are big enough, they will flip this factor and drive the optimization of raw ingredients, creating side streams for other companies. Additionally, these companies’ current manufacturing facilities are built to handle smaller scale production but Specht anticipates an exponential development in this area, as well. “There are major and minor elements of the manufacturing facility and production process design that make sense only for production volumes 10-fold or 100-fold larger than the capacity of the existing plant-based meat facilities, and these changes can facilitate radical increases in efficiency and thus decreases in cost,” Specht said. Lastly, since many new vegan companies are funded by venture capital with the expectation of creating novel technologies, early funds are often used for research and development purposes, a cost that is passed onto the consumer initially but is reduced greatly as the new technology is scaled. “Once plant-based meat achieves sufficient market penetration to tap into these emerging opportunities to optimize raw materials and make production more efficient, the industry will enter a bright new era of accessibility and affordability that will benefit both consumers and producers.”

While these limiting factors are still in play when it comes to large-scale production of plant-based foods, some companies are already thinking about how to reduce costs to make vegan food more appealing to consumers. Beyond Meat CEO Ethan Brown is working to bring down the price of its products—which are currently made primarily with rice and pea proteins—by looking to less expensive ingredients such as lupin and sunflower seeds. On the manufacturing side, vegan brand Rebellyous Foods (formerly Seattle Food Tech) aims to reduce the price of all plant-based meat products with its high-capacity production methods, which it uses to make its own vegan chicken nuggets and plans to license to other companies to help them cheaply produce animal-free foods.

“Industrial animal agriculture has been operating and optimizing at a global scale for decades. Yet it is still inherently more efficient to make meat directly from plants rather than feeding our crops to animals and then eating a part of the animal,” Specht said. “It’s all but inevitable that the plant-based meat industry will eventually be cost-competitive with conventional meat. In fact, this tipping point may hit relatively soon, given the recent flurry of activity reflecting new production capacity among the existing plant-based meat companies and the involvement of new entrants with massive resources.”