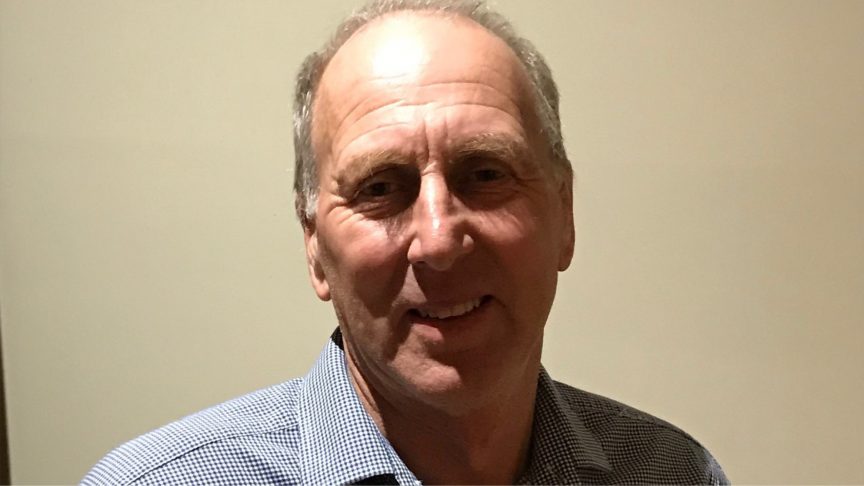 Nick Pyke is a Director at AgInnovate – a consultancy service provider for agricultural businesses. Their focus is onsupporting innovation through high quality applied research designed and undertaken to ensure the outcomes from research are delivering benefits to New Zealand food producers and the agricultural industries.

The health of our natural environment is critical to our survival. One side wants to make money at the expense of our ancestral homelands. On the other is a group of people who don’t stand to gain anything other than the preservation of our native species and environment for the future of the planet.

Plant proteins produced in New Zealand need to support sustainable land use and produce high value protein for discerning customers who care. We need to discuss some of the constraints, and how we could determine the opportunities for plant protein production in New Zealand.

Read on for more from Nick Pyke…

When Nick Pyke started as the Foundation for Arable Research’s first staff member in 1995 he thought he might stay two years.

Now 22 years later, he is stepping down as FAR’s chief executive with a profound respect for arable farmers and their ability to adapt to advances in crop management.

No doubt the feeling is mutual. During Pyke’s tenure, FAR has contributed to New Zealand’s relatively small arable industry being recognised for having some of the highest crop yields in the world for cereals as well as being a world leader in both herb and vegetable seed production.

The drive to establish FAR came from arable farmers, notably David Ritchie, of Hawke’s Bay, and Rab McDowell, of Mid-Canterbury, who realised that if the industry was not prepared to invest in research and development, then the Government wouldn’t either.

Initially Pyke was the only staff member, renting a room at a motel for the first month or two until offices were established south of Christchurch. “It was very unknown at the start,” he says.

FAR now has about 25 full-time staff, including five in the North Island and five in Australia. The grower levy makes up about three-quarters of its revenues, with the remaining quarter from grants, while the Australian arm is self-funded.

Trials are carried out in all arable regions, with particular focus on two long-term research sites in Canterbury (Chertsey) and Waikato (Tamahere). In 2016, FAR also secured the lease of the 15.5 hectare irrigated Lincoln University arable site. This is to strengthen seed industry links with the Lincoln research community, as well as a way to encourage more students into applied sciences and careers in the industry.

Pyke rates New Zealand’s arable farmers as the best in the world, although admits he may be biased. “They are closer to the land than farmers in other countries. They are the person sitting on the combine harvester and making the decisions. Often in other countries the larger size of farming operations means the person making the decisions is remote from the action.”

While the number of growers has dropped about 25 per cent over the last 22 years, from a peak of 3200 to 2700 now, particularly through farms converting to dairy, arable production has gone up, despite fewer hectares planted. “So growers are producing more off less land. Some growers may grow 12 or 14 different crops in a year.”

During his tenure, wheat, barley and ryegrass seed crops have achieved huge increases in yields. Wheat yields have doubled to an average 10 tonnes a hectare and while some of this is attributed to better cultivars, FAR can take much of the credit for improved crop management.

“We shopped around the world to find who was doing good research, to utilise their knowledge and skills, particularly from the United Kingdom and Europe.”

In contrast, yields have changed little, if at all, for peas or maize. Pyke says that increasing yields will be difficult, as changes in genetics provide only incremental increases and many of the agronomic fixes have already been identified by research and adopted by farmers. “Also, both maize and peas are spring-sown crops so the window the farmer has to influence yield is small and often determined in the first few weeks from sowing.”

Initially focused on increasing individual crop yields, FAR has since recognised the importance of whole farm systems and environmental sustainability, as well as new crop options.

With the growth of dairy, many cropping farmers now supply forage and feed to the dairy industry, but Pyke believes the synergies could go even further.

“With the increased environmental constraints on some aspects of farming it will be important that different sectors work closely together in future so that a farm is comprised of animals and plants utilising the land for the best outcome,

“This would mean we have just farms in New Zealand. Some parts of them may have cows or sheep on them while others may have annual or fruit crops on them and, where practical, they will integrate and rotate. After all, grass pasture is just another long-term perennial crop.”

Rather than thinking in terms of tonnes a hectare when it comes to profitability, growers should consider the most productive use of their land over a year. Just as sheep and beef farmers measure animal liveweight gains on a daily basis, arable farmers should also consider their returns on a hectare per day basis.

“Crops like peas may have a gross return of $3000/ha but are only in the ground for 90 days, whereas a wheat crop returning $4000/ha is in the ground for 200 days. So it may be more economic to sacrifice some yield by shortening a crop’s duration to better utilise the land.”

While farmers act independently, community irrigation schemes such as Central Plains Water in Canterbury are creating groupings of farmers. New cropping opportunities are needed as there are not enough high-value crop options for the area becoming irrigated.

“Currently the gross margins from some farming land uses are not sustainable and most available land use options require the farmer to supply a commodity product to a market at the commodity price. To make efficient use of expensive irrigation and ensure diverse and sustainable land use, farmers need access to higher value crops that deliver higher gross margins.”

“As the world demand for plant-based foods increases we will need to understand and change to meet the needs of these future consumers wherever in the world they are.

“We need to ensure our crops meet the specifications and any sustainability requirements of the buyer. This will require further change to shorten the value chain so the producer understands the consumer’s needs and grows crops accordingly.

“This may mean farmers need to invest beyond the farm gate, question the current trader mentality and break the commodity production cycle for most of what we grow.”

Pyke, honoured with a New Zealand Order of Merit in 2017, says the time is right for him to step down, with the five-yearly grower-levy vote successfully completed last year. “This gives the new appointment the opportunity to make their mark before the next levy vote. However, I am not ready to retire and have some things I’d like to finish, so I will continue to do some research work for FAR and possibly elsewhere.”

Dr Alison Stewart, an internationally-recognised scientist with specialist knowledge in plant protection, will take over as chief executive in mid-March.