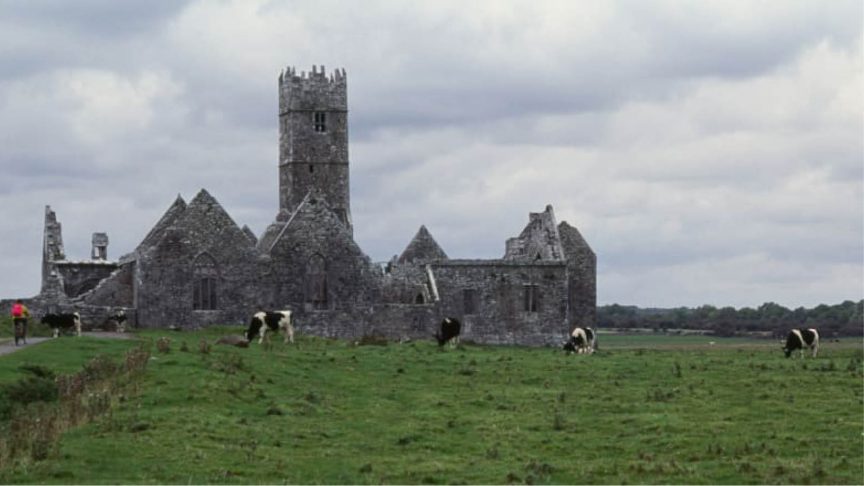 For decades, Irish farmers, scientists and politicians have flocked to New Zealand to learn how we farm so well. They saw us as global leaders.

No longer. On Monday Irish farmers featured prominently in their country’s launch of its response to the global climate crisis. They will significantly reduce their emissions to help Ireland meet its national goals and its international obligations.

In stark contrast, our farm leaders, and the politicians they support, keep coming up with spurious reasons why they shan’t, can’t and won’t act.

Yet the farm sectors in the two countries are remarkably alike. Dairy and meat dominate, farm systems are very similar, and agricultural greenhouse gases account for 49 percent of our emissions and 32 percent of Ireland’s.

Moreover, Ireland is increasingly a dairy competitor to us, particularly given its rise in production over the past four years since the EU ended its production quotas.

But Irish farmers are beating us hands down on earning and marketing their environmental credentials through Origin Green, which is billed as “Ireland’s food and drink sustainability programme.”

And they are already far ahead of our farmers on climate change too. Seven years ago, Teagasc, Ireland’s Food and Agricultural Development Authority, produced its first abatement cost curve. This showed actions farmers could take out to 2030 to reduce emissions. Most of those generated pure cost savings, while others needed a price on carbon to make them economic.

In June last year, Teagasc released its updated analysis. It showed improved animal efficiency and reduced nitrogen emissions were cost savers; while “advanced manure management” required a carbon price of up to 50 euro a tonne.

This analysis was the basis for the agricultural goals in Ireland’s Climate Action Plan 2019 To Tackle Climate Breakdown, launched on Monday. It deems the agricultural sector capable of reducing its emissions by between 10 and 15 percent by 2030 from 2017 levels; plus, 12 percent or so through additional land use, land use changes and forestry actions.

Thus, in total agriculture would cut its emissions by almost 30 percent in just over a decade, playing a critical role in the whole-of-nation climate response. Bigger cuts slated by 2030 are 50-55 percent in electricity emissions and 40-45 percent in transport emissions, the latter thanks to a planned ban by then on sales of new cars with petrol and diesel engines.

The climate action plan also lays out goals and pathways for the nation out to 2050. One is to achieve “carbon neutrality in the agriculture and land-use sector, including forestry, which does not compromise on national capacity for sustainable food production.”

Notably, though, New Zealand merits only one mention in passing in these Irish documents: the Food and Agricultural Development Authority’s report last year noted their and our pastoral dairy farming emissions per litre of milk were low by comparison with other countries ranked by the UN’s Food and Agricultural Organisation.

Yet, our dairy and meat farmers have exactly the same opportunities and imperatives to act on climate change as their Irish competitors. This is abundantly clear from a number of studies here in New Zealand, not the least of which is the report of the Biological Emissions Reference Group Report released last December.

Most prominent and near-term among its conclusions was “if all farmers operated using today’s best practice, we may be able to reduce emissions by up to 10 percent.” Looking further ahead, BERG expressed “medium to high confidence” that a vaccine with the potential to deliver a 30 percent reduction in biogenic methane will be available by 2050, and “high confidence” a methane inhibitor for grazing systems can do the same by 2050.

Yet those primary industry organisations seem to have forgotten all about the report they helped produce. They are vigorously attacking the Government’s proposal in its climate amendment bill before parliament to reduce methane by 10 percent from 2017 levels by 2030 and 24-47 percent by 2050, depending how events unfold.

Yet, the BERG report showed farmers could easily meet the 2030 goal by simply adopting current best farming practice, and they had a good chance of exceeding the 2050 goal if the technologies it identified lived up to their promise.

Worse, both targets are based on mainstream, conventional climate science. But the agricultural lobbyists are resorting to a few specific reports that challenge that consensus. My Newsroom colleague Eloise Gibson has written about this several times, most recently on May 9.

If, however, our farmers lived up to their responsibilities and committed to playing their role in reducing New Zealand’s emissions, and worked diligently to do so, they would deserve all the support they need. Then they could make those opportunities, and others, powerful drivers for the food and farming transformation a rapidly rising number of consumers around the world want and the planet utterly needs.

So, how did Ireland usurp our leadership as a global leader in dairy farming?

Because almost all our farming leaders — individuals and organisations — choose to be oblivious to the world’s climate crisis, their role in contributing to it, and their responsibilities for tackling it.

They can’t even see the abundant business opportunities for them in helping to make dairy and meat farming more climate compatible and more attuned to rapidly changing diets and attitudes around the world, the very factors that will make farming more sustainable in environmental, economic and social terms.

The latest evidence of this is the “primary sector policy discussion document” the National Party released at Fieldays last week. In his speech launching it, National leader Simon Bridges said:

“New Zealand has natural resources that position us as efficient and sustainable producers of food and fibre products. Our hard working innovative farmers are world leading. Demand for our products is set to grow and our policies are about allowing New Zealand to make the most of these opportunities.”

But the document lacked any insight in to the global threats and opportunities the Irish are intensely focused on and committed to.

Instead, the document Bridges was so proud of covered 16 topics in 30 pages of lavish photos and vacuous content, of which two pages were devoted to climate change and one to horse racing.