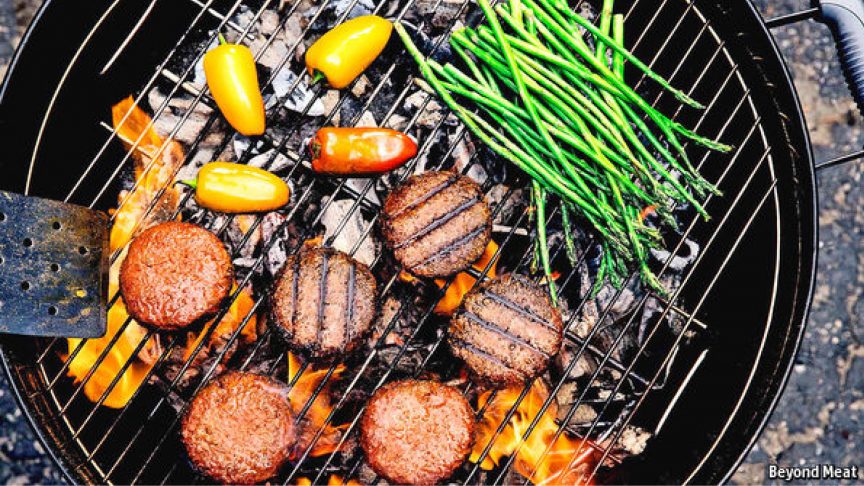 The bromance between two Hollywood heavyweights has led to a project that could change the future of Kiwi farming.

Rumours about the secret venture have swirled for two years, but the pair has remained tight-lipped until now.

Speaking exclusively to TVNZ’s Sunday programme, Cameron said he and Jackson want to develop new food products that are made from plants.

“Peter’s very keen to get ‘plant meat’ factories here in New Zealand, so we can make jobs here,” Cameron said.

Cameron, the director of Terminator and Titanic, owns more than one thousand hectares of farmland in the Wairarapa. He is currently living in Wellington while filming four Avatar sequels.

An environmental activist, he wants New Zealand to phase out livestock farming due to its impact on the environment.

“What we see is that the rivers and the lakes are extremely polluted here,” he said. “New Zealand isn’t living up to its own image of itself right now – and the image that it projects to the world.”

Cameron believes our diets also need to change. His family no longer eats meat or dairy.

“I think what we need is a nice transition to a meatless or relatively meatless world in 20 or 30 years,” he said.

PBT New Zealand, a company established in March 2017, has four directors: Cameron and Jackson, along with their respective partners Suzy Amis Cameron and Dame Fran Walsh.

“We’ve been looking at ways to make extraction of protein from alfalfa more efficient.”

A spokesperson for Sir Peter Jackson said he was too busy last week to respond to questions about the project.

“It’s harder to keep kids on the farm than ever before. We can make jobs in the community that are around [plant-based food] processing and product development.”

Last week, a report by global consultancy firm AT Kearney projected that global meat supply will drop by more than a third by 2040.

By then, AT Kearney projects that more than half of our “meat” will not come from dead animals. Some of it will be grown in a lab, using animal cells. Other products that taste and smell like meat will be made from plant protein.

Beef and Lamb New Zealand, which represents farmers and retailers, says the trends are not fatal to the livestock sector.

“What’s really great about our world today is that everyone can choose what it right for them,” said Lee-Ann Marsh, innovation manager for Beef and Lamb.

“We’re offering a choice to people who want to eat sustainably and ethically produced meat.”

But Marsh agrees that plant-based foods will also play a role in our future.

“We need to be thinking in terms of a [world population] of 10 billion people in 2050. Meat is only going to feed a small proportion of people, and we need to think about other technologies that are going to be able to feed them.”

James Cameron is investing in those technologies. But despite his interest in the future of food, the director has no plans to cut his film career.

“I’ve got the best job in the world when I’m working on a movie,” he said.