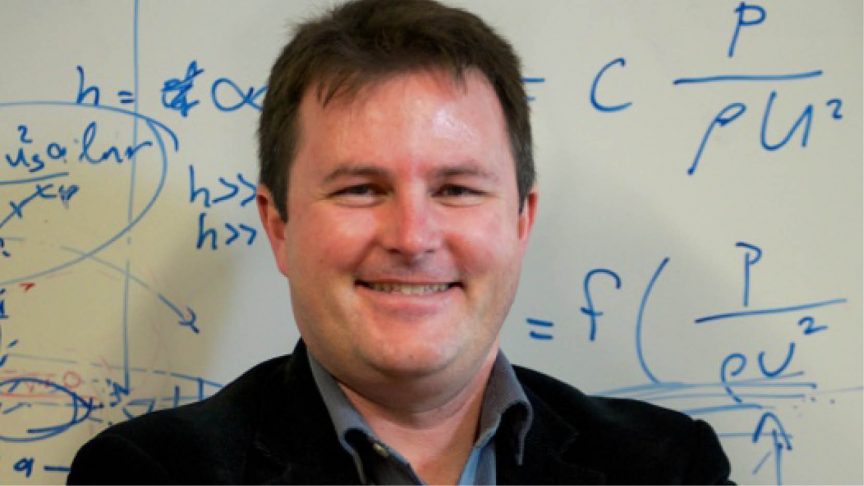 Shaun Hendy, Director of Toha NZ, will be presenting on Science, but not as we know it!

“For the last century, science has been dominated by government with very little role for the public or communities in selecting, funding or participating in the science that gets done in their backyard. The rise of new technologies and citizen science are set to change that. In this talk, I’ll discuss ways in which we can democratise science and innovation, and introduce Toha, a platform designed to make it possible for everyone to take coordinated, effective and informed environmental action in New Zealand.”

Read on for more about Shaun…

An Auckland man’s plan to quit flying to reduce carbon emissions is climbing in popularity.

For a whole year, Shaun Hendy refused to get into a plane. Instead he chose trains, buses and electric vehicles as his mode of transport.

Why? Hendy was taking a stand against carbon.

The physics professor from Te Pūnaha Matatini travels a lot for his job.

But in 2017, Hendy was surprised after realising his year’s worth of travel emitted about 19 tonnes of carbon dioxide. The average Kiwi emits between 6-7 tonnes of CO2, he said.

“[Planes are] very carbon intensive. Taking a trip – an overseas trip in particular – is one of the most effective ways to boost your carbon footprint.”

So Hendy decided to do something about it. Between January 1 and December 31 2018, Hendy did not fly once and managed to reduce his emissions down to about two tonnes, he said.

“One quite visible thing you can do to show that you’re concerned about climate change and carbon dioxide emissions is to quit flying – that’s why I did it.”

Over the course of the year Hendy had challenges, made sacrifices and did a lot of planning, but it was actually “pretty manageable”, he said.

Last year Hendy was invited to London on an all-expenses-paid trip to speak to UK government officials and be on a science panel. But he opted not to go.

With his low-carbon goal in mind, he found someone already in the UK to join the panel for him.

One of his more challenging journeys was from Auckland to Queenstown. It involved a bit of planning and multiple modes of transport but it was an “epic trip”, he said.

“I really like being on the train between Auckland and Wellington and just watching how excited the tourists get. You kind of forget living here what a beautiful country we’re in.”

Between Auckland and Wellington, a general domestic return flight would emit about 296kg of carbon dioxide per passenger, an Enviro-Mark Solutions calculator shows.

In terms of cost, Hendy found “it actually worked out to be similar”.

The train was often cheaper than peak-hour business flights. But often the trip would end up being longer and he’d have to add accommodation costs.

Although Hendy has caught some flights this year, he still tries to take the train and electric vehicles when he can.

“A day on the train is like being in the office for a day with a great view.”

Flying is convenient and offers flexibility for people’s busy work schedules, but with a little bit of advanced planning, it’s possible to travel and keep the environment in mind, he said.

Flying less is “not going to save the world” because there were still big problems to confront, he said. But it’s a start.

Nowadays, people are getting increasingly anxious about carbon, he said.

A Facebook page called Fly-less Kiwis has been set up for people committed to reducing air travel and helping the environment.

Although he’s not sure what the full impact of his #nofly2018 movement has been, it has caught on with some of his colleagues who are making their own travel changes.

“There does seem to be a growing public movement around this, including some people in New Zealand.”

Flying less was something people could chose to do to reduce their carbon footprint, make a statement and also place pressure on airlines to look towards more carbon friendly technologies, he said.

Hendy also encouraged people to offset carbon emissions on flights if they were able.