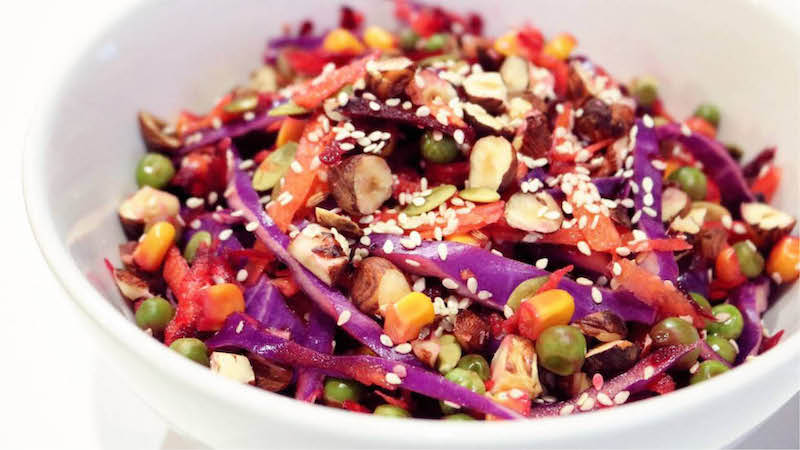 Could Nelson become a Blue Zone, with one of the healthiest populations on Earth? With a bit of encouragement, Nelson pharmacist and plant-based whole food enthusiast Hannah O’Malley hopes we can.

The famed Blue Zones are based on a 2005 National Geographic article which identified seven places on the planet where people live longer and with lower rates of chronic disease than anywhere else. The reasons for this are thought to be a mixture of good community connections, lots of incidental physical activity, a sense of purpose and spirituality, enough rest and sleep, and a diet that’s 95 per cent whole plant foods, rich in vegetables, nuts, and legumes, as well as some fish and a small amount of meat.

O’Malley, 31, has a vision for the top of the south to become a place that has the healthiest people living in the healthiest environment in the world. Her business, The Better Base, encourages people to eat more plant-based whole foods as a way to improve the environment and also complement their own health care.

Partnering with a range of Nelson health professionals and whole food businesses, her recent seminars, movie nights, webinars and other efforts have attracted huge demand in the region and across New Zealand as people look to improve their health through what they eat.

“Nelson was one of the first to declare that climate change was an emergency, so I think we can see the positive changes in terms of environmental sustainability, and those are going to accelerate,” she says. “We can all start living in a way that is not just good for ourselves but good for the environment.”

Her stance is backed up by results from the recent EAT-Lancet Commission which provides the first scientific targets for a healthy diet from a sustainable food production system that operates within planetary boundaries for food. It recommended a ‘planetary health diet’, saying an urgent food transformation needs to take place both for our health and that of our planet. It said that feeding a growing population of 10 billion people by 2050 with a healthy and sustainable diet will be impossible without transforming eating habits, improving food production, and reducing food waste.

That means reducing global consumption of foods such as red meat and sugar by about 50 per cent, while doubling consumption of nuts, fruits, vegetables, and legumes, and it predicts that following the diet could avoid approximately 11 million premature deaths per year. A shift towards the planetary health diet would also ensure the global food system can exist within planetary boundaries for food production, including climate change, biodiversity loss, land and freshwater use, as well as nutrient cycles.

O’Malley grew interested in food, people, and science while studying pharmacy at the University of Otago. There, she learned not just about how pharmaceuticals and medicine could treat disease, but also became interested in how to support people’s health through what they eat.

“Through the degree I recognised the really important place of medicine, but also the limitations it had in typically not being able to prevent disease but just manage the symptoms,” she says.

After graduation she worked as a hospital pharmacist in Wellington and Auckland, then went to London and managed research in preventative health care.

“As in New Zealand, the UK has a lot of challenges with an ageing population, which means more years that people are living with chronic diseases. A lot of hospitals are overflowing,” she says. “I worked with amazing clinicians and academics and found out it’s very difficult to make any significant change in our current model of health delivery, which is focused on interventions once people get sick.”

She began to study how lifestyle can help prevent and treat disease, and recognised how health professionals often didn’t give it enough emphasis as a front-line treatment. She also found out she had high cholesterol, which scared her given her family history of heart disease and diabetes. But she was too young for any medication.

“I started to research what was the best approach to diet, exercise and sleep habits that I could use to reduce my risk of heart disease, diabetes, and cancers given my family history,” she says. “I really delved into learning about how I could use diet to turn that around.”

She studied a certificate in plant-based nutrition and also began to learn about how industrial farming contributed to global climate change, species extinction, and water pollution, considering the environmental impact of her food choices as well.

“I had a huge realisation that food was one of the biggest levers I had to reduce my environmental footprint. The more I learned, the more I found out plant-based food tasted pretty good. I thought ‘What do I have to lose?’ I gave it a go, and really enjoyed it.”

Over four months, she moved from being a meat, egg, cheese and ice cream-loving person to someone who now eats a whole-food plant-based diet. She has found the transition much easier than she thought. Several years later, her cholesterol has normalised, her eczema has improved, and her energy is much better. Now she is interested in sharing this message with others.

When she decided to return home to New Zealand two years ago, she chose to settle in Nelson to be near her parents, and began to enjoy the region’s natural environment after the pollution of London. She decided to work part-time as a pharmacist at Nelson Hospital and Life Pharmacy Prices, and set up The Better Base, working with other plant-powered people, clinicians, athletes, and chefs to help educate others.

“All of them were interested in promoting the message that eating plants is one of the best things we can do for our health and the health of the planet.”

“It’s exciting that a big pharmacy sees the value in this, and says this isn’t an alternative treatment – this should be mainstream stuff,” she says.

“People have a lot of power to help take control of their health. It doesn’t replace the medication, but we are saying that lifestyle is a really important component of health care and in some cases it means people can reduce or come off their medication in consultation with their doctors.

“I always talk about how lucky I feel to be living in the fruit bowl of New Zealand and encourage people to shop at the markets where possible. But also tinned and frozen veggies and fruit are just as nutritious, and so if you can’t get to the market it is possible to eat healthily in a very affordable way.”

She has crowdfunded through Patreon to deliver free webinars, which include presentations from Dr Luke Wilson, dietitian Emma Strutt, Masterchef winner Aaron Brunet, and recently, Dr Mike Joy, which attracted so many people it flooded the server. (They are also available free on The Better Base YouTube channel.)

O’Malley is keen to work with more community groups and would love to see other healthcare professionals take a bigger interest in promoting the benefits of a more nutritious diet before people develop chronic disease.

She also enjoys telling people that when it comes to whole plant-based food, they can eat as much as they want, which is a nice change for those with a history of restriction from diets. However, she points out that processed plants food such as “vegan Magnums, Pringles and donuts can still be pretty unhealthy”.

Also, not all plant food is necessarily created equal; vegetables can still be farmed in ways that are problematic for the environment. She says we need to move away from industrial farming, which can accelerate soil and carbon loss, towards sustainable farming systems such as permaculture.

“We all live in Nelson because we love the people who are here and the environment, and sometimes it’s just about learning new ways of doing things that might seem a little bit different initially but are not going to be that difficult really once we get into the routine of them,” she says, pointing to the plastic bag ban as an example.

“We have 12 years to turn climate change around otherwise we’re in very dire times, so now’s the time to start really looking at what we can do as individuals and how we can try and influence leaders to try and protect what we’ve got.