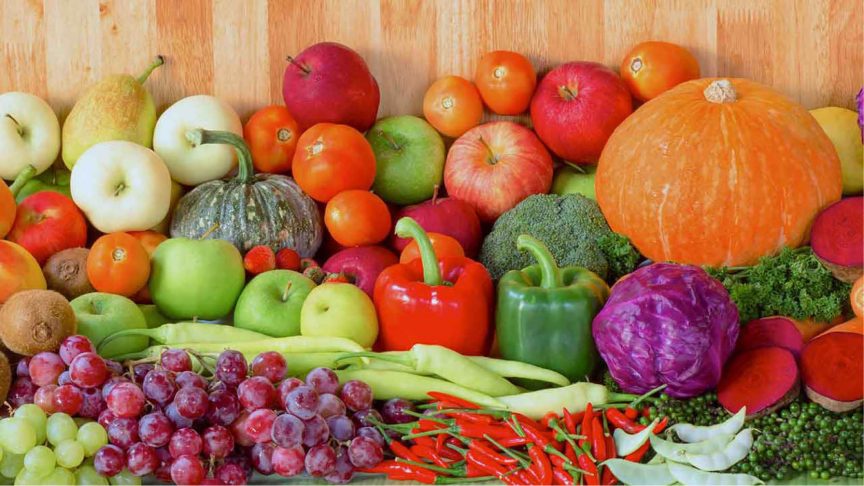 If you think there are a lot of products in the average grocery story, think again. It’s an illusion.

We may have in the back of our minds that all the detergents, dish liquids, cleaners, shampoos come from just a handful of multi-national manufacturers.

“75 percent of our world’s food comes from just 12 plants and five animal species.”

But according to Mike Lee, renowned New York-based food futurist, 75 per cent of our world’s food comes from just 12 plant and five animal species.

This startling concentration stemmed from the so-called “Green Revolution” of the 1950s and 60s. High-yielding crops, mechanisation and agrichemicals helped feed billions – but this was based largely off monocultures of a few different crop types.

“The Green Revolution helped stave of hunger for many but it also created a value system in which we said this is the only way to do things,” Lee said. “We ended up with a diverse tapestry of brands but with little ecological biodiversity.”

From Lee’s perspective, the “one thing” that is going to define the future of food is diversity.

On a recent trip to New Zealand for the annual AgResearch dinner at Fieldays, Lee spoke about the disappearance of the “monolithic need state” the world once had. The sort of place where massive brands like Coca-Cola could successfully market to the world population as a whole.

“You’d be hard pressed to start that brand all over from scratch today because we’re just too complex,” he says.

Lee credits this change to digital technology which has connected people and empowered them to form online tribes – tribes with a voice.

“Before, you might have been sitting in Moscow saying ‘I’m a gluten-free vegan who loves yoga and hot tubs’. But before you were just one person sitting by yourself,” says Lee. “These days, you can go online and connect with other similar people. Now you’re a tribe and you’re powerful. Now you can demand things from the industry.”

And the industry is listening.

“There’s a fertile landscape of start-ups out there attacking every single category in the grocery store,” Lee says, arguing there will be a new revolution driving the future of food, one in which there is no longer a monolithic set of users, and no one-size-fits-all approach to food.

This revolution is changing the way we grow food. In Lee’s home town, Brooklyn Grange grows more than 36,000 kilograms of organically-cultivated produce each year for the restaurants of New York City – on the rooftops above them.  The way we get our food is beginning to change – Starship is using robots to deliver food from kitchens to consumers throughout Germany, US and the UK. And it’s changing what we consider to be food – the edible insects market is expected to reach nearly $US1.2 million globally by 2023.

Above all though, it’s changing mindsets about food.

For the first time, teens in the United States are spending more money on food than clothing.

“Food isn’t just about sustenance,” says Lee. “It’s about identity, values and aspirations. The food of the future is going to need to be at the intersection of health, sustainability and experience.”

And because these things mean different things to different people, the future of food is a lot of things – and that is the point.

Mark Hiddleston, General Manager of Commercial and Agribusiness New Zealand at ANZ, says the insights of people like Lee must inform primary producers and those who work with them.

“Over half of the value of New Zealand’s merchandise exports comes from food and beverage,” says Hiddleston. “Whether its traditional agriculture or horticulture, value added industries, or newer areas like synthetic meat, we Kiwis can produce enough to feed more than 20 million people.”

“I think it’s a good lesson for all industries,” he adds.