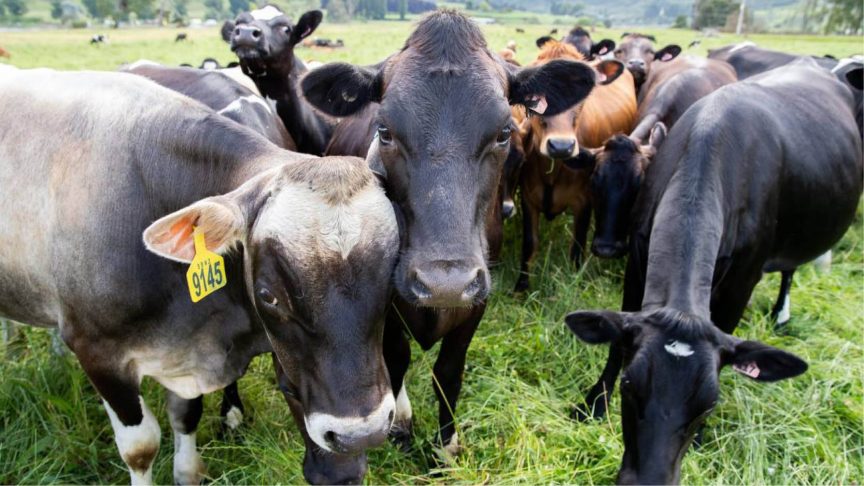 Change is coming and farmers can either take it by the hand or it will grab them by the throat.

“If we don’t, it’s going to be much more difficult to make those changes.”

He said New Zealand farming was now paying the price for overshooting its limits around climate and freshwater.

“We have grown industries and business practices well beyond the limit and now were in the process of trying to get back down to what we should have recognised in the first place.”

This would take time to fix and the change had to be gradual to avoid a shock, similar to what the oil and gas industry faced in Taranaki last year.

The farming industry could also learn from that region’s response to the Government’s announcement to end oil and gas exploration, he said.

Taranaki was developing a blueprint for how it will transform its economy. One of the most exciting were entrepreneurs who were offering the prospect of new industries based on renewable hydrogen. This could benefit the dairy industry if this technology is able to power the region’s fertiliser plants and trucking fleets instead of fossil fuels.

Salmon said it showed that the region’s best resource was its people, not its natural gas.

“This is not a Taranaki thing, it’s a Kiwi thing. This is the spirit we need to tap into as a nation if we are to rise to these big long term challenges.”

He said reducing emissions as set out in the Paris Climate Agreement meant getting emissions per export dollar down and changing the structure of the country’s export economy away from high to low emission industries, such as manufacturing.

Countries such as Denmark had made a similar transition without damaging its primary industries.

“Dairy’s growth can’t go on forever, other parts of the economy are going to become more competitive in the export space as we start charging everyone for their emissions.

“We have created an export economy which is hard wired into a high pollution profile.”

Salmon did not blame farmers for this. Responsibility was with successive local and central governments who for years paid lip service to environmental stewardship.

He predicted farmers will eventually have to pay for their water use for irrigation, which they currently do not. This was problematic because it gave farmers a false impression of what it means to be a profitable business.

Creating a system where farmers paid for discharges into the earth, water or atmosphere would provide the necessary incentives to change. Once farmers saw these prices, they can tailor their adaptions to their business and have more control over their own future.

Honesty was needed about the future and the role farmers will play and the choices that needed to be made needed to be taken seriously.

“Clean, green and onto it is the sort of vision we need to come back to,” he said.