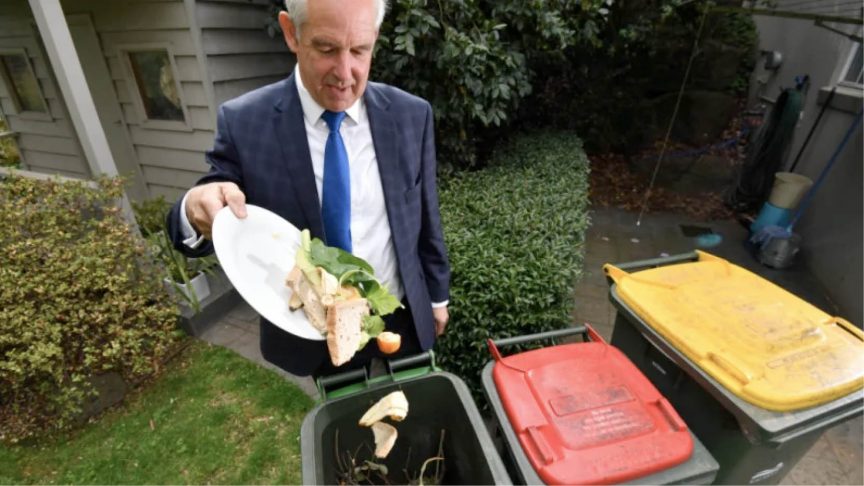 Would you be willing to give up your normal weekly bin collection?

A growing number of Australian councils believe this could be the way of the future to save money, reduce the piles of garbage rotting in landfill and cut back greenhouse emissions.

At least three regional and outer suburban councils are picking up rubbish bins from the kerbside once a fortnight.

The City of Glen Eira, in Melbourne’s south-east, wants to follow suit to save money and benefit the environment.

But the Glen Eira council has recently consulted its residents about the prospect of dropping down to a fortnightly rubbish collection and switching to a weekly pick up of green bins that contain garden and food waste.

The council will consider the community feedback and its future options at a meeting in the coming months.

The Nillumbik, Bass Coast and Strathbogie shire councils have all moved to fortnightly rubbish and weekly green waste collections.

Last year Glen Eira council introduced a food recycling service allowing residents to discard kitchen scraps in their green bins, which is then sent off for composting.

Mayor Jamie Hyams said a fortnightly rubbish collection made sense because food previously accounted for much of the contents of household rubbish bins.

“We would like to do it but we need to take the community with us,” he said. “We wouldn’t be making a wholesale change unless the community is in favour of it.”

Twenty-two out of 79 Victorian councils have added a kerbside food waste collection service, in order to compost the food scraps rather than send them to landfill.

Lower volumes sent to landfill means councils can save money on the levies they are charged to dump the rubbish.

However, about 400,000 tonnes of food waste from Victorian households are sent to landfill each year, according to state government figures.

On Tuesday night the Hobsons Bay City Council was set to vote on a new waste strategy, which included the possible introduction a separate food waste collection.

The strategy says if households had a weekly food waste collection service and garbage pick-up was altered to fortnightly, the amount of rubbish sent to landfill would decrease by 20 per cent.

Organic waste that includes food, garden and timber materials accounts for more than 40 per cent of all household and commercial rubbish in landfill in Victoria. Food waste is also a significant cause of methane – a greenhouse gas.

“In these cases the volume of material in rubbish bins is greatly reduced because they no longer contain food, so the bins do not need to be collected weekly,” he said.

Municipal Association of Victoria president Coral Ross said it was also crucial to avoid creating waste in the first place as well as reducing and re-using resources.

Image: Nillumbik Shire councillor Peter Clarke. The council have had fortnightly rubbish collection and then weekly food scrap and organic matter collection for about a decade. Credit: Joe Armao