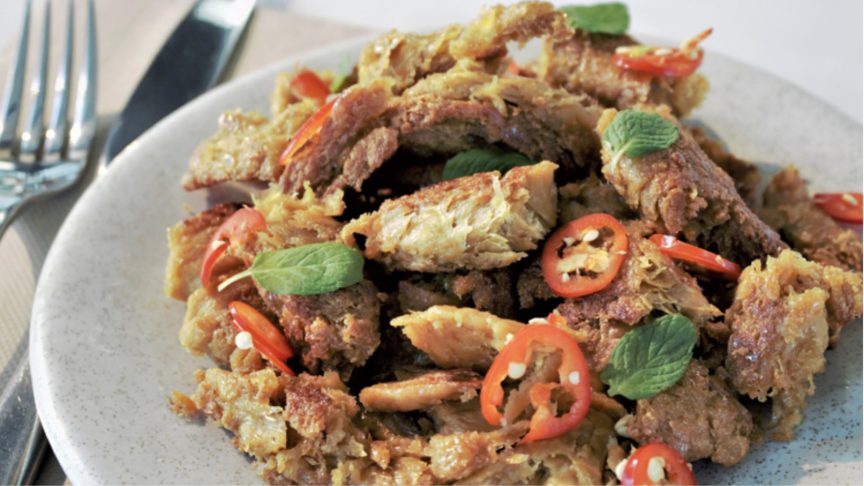 It’s been a big month for environmental news. Earlier in May, the UN revealed the most comprehensive health update of our planet to date. The results were painful, yet unsurprising – one million species are at risk of extinction, the biomass of wild mammals has fallen by 82 percent and land degradation has starved the productivity of 23 percent of global land. Then, the New Zealand government unveiled a timely 30 year climate change plan – the Zero Carbon Bill, which plans to stabilise climate change, by setting targets to reduce our greenhouse gas and methane emissions. In light of the new vision, here’s our round-up of five businesses locally that are already pedalling towards the zero carbon bill, and beyond.

Formerly known as Landcorp, Pāmu is a bull among cows in the farming industry. It has produced the majority of New Zealand farms – more than 25,000 – and has transformed our land from forestry into pastoral farming. However, while Pāmu is old and large, it’s also eager to build a better future.

In recent times, the company has battled for environmental stewardship, attaching value to animal products, while diversifying its operations from a factory style farming method to one that produces a range of specialty animal products and specialty plant-based products.

While some farmers have been defensive, others have been honest with themselves and the future of the planet – Pāmu is one of them. Earlier this year, Cardern told Idealog, “In the old days there was a ‘my house, my castle’ approach to farms, but all that is changing, obviously every food company around the world is expected by the consumers to much more open about the conditions with which it is producing the food they are consuming. And that pressure is applied to farmers as well.”

To be better, it’s combined technology with science, to create organic products such as sheep milk and deer milk. Plus, it has opened new modes of transparency that account for environmental damage.

“We’ve worked really hard to make our products different, in terms of how they are produced, so we are really interested in organics which has a system of farming with a lower footprint as well as a brand that is attached to it globally that people pay a premium for.”

Another company who is reshaping our food systems is Sunfed Meats. The proliferation of meat-free-meat, or plant based proteins, has generated a cleaner alternative to the mass cultivation of livestock. It also claims to carry all of the nutritional benefits, plus the tasteful qualities of traditional meat.

It’s founder, Shama Lee, says: “I see four key issues with with our legacy animal-based protein farming – climate change, water pollution, critical dependence on super-phosphate (so much so that we’re willing to violate human rights) and livestock disease outbreaks (with the latest being mycoplasma bovis).

“The best solution is to evolve past the animal which will eliminate these issues, similar to how we’re evolving past fossil fuels to solar. That’s what Sunfed is building – the next evolution of protein that is cleaner and better to ensure a brighter future for all. Food is the largest market in the world with the biggest footprint on the planet, transformation here will be significant.”

To do so, it has built up its own hardware and proprietary techniques, in which the production method consumes at least five times less land and water than animal farming. It’s also been popular, having consistently sold out its chicken-free-chicken products at a premium price.

Another industry who needs to roll its sleeves up, and bring its emissions down, is transport. Although cars have generally become less polluting, New Zealand continues to miss the mark on air pollution reduction targets, partly because of our persistent love for motor vehicles and the need to own them.

Although cycling, walking, or public transport is still the cleanest form of transport – Mevo, a Wellington based free-floating car share scheme, has provided a cleaner alternative for those who need to drive cars. Mevo enables patrons to pick up and drop off their rented Audi A3 e-tron plug-in hybrid vehicle across any metered parking spot across the capital city.

Its founder Erik Zydervelt says, “Mevo created a new way for Wellington to reduce congestion and cut down on car ownership. Despite being a strong city for alternative transport methods, 58 percent of the city’s carbon emission profile can be attributed to the transport. In addition to helping reduce car ownership and congestion in the city, we do our bit by taking cars off the road, providing EV charging and offsetting our entire carbon emissions by 120 percent.”

It’s also carbon sequential, it’s five times more productive than the average private car, plus it’s economical, according to Zydervelt. The shared network is also popular, Mevo boasts 120 percent increase in sign ups, sees a 150 percent increase in the number of trips made in its vehicles, and plans to double its fleet and expand to Auckland in 2019.

“It’s all about leading by example; that’s what we try to do every day with Mevo, what Wellington is trying to do for New Zealand, and what the government is doing for the world with the Zero Carbon Bill. All of our actions, collectively, have very real impact. From local dairies through to massive corporates, all New Zealand businesses have an important role to play in our country’s carbon zero future.”

The impending threat of environmental doom has also driven new models of business. Increasingly, businesses of all shapes and sizes, have shifted from linear to circular models. Companies like Wishbone and Ethique have turned waste into profits with great success. Now, Circularity invites other businesses to do the same, and designs products and platforms for businesses to work under a regenerative circular model.

Nash says, “Circularity is radically redesigning business for a low carbon future using the principles of a circular economy. Through our tools, circular design sprints and regional experiments we are enabling our most at-risk industries to reimagine innovative commercial partnerships and models. Where products become services, waste becomes a valuable resource and platforms unlock human potential to achieve restorative and regenerative outcomes that we so vitally need for the survival of this uniquely beautiful country.”

It’s not just good for the environment, it’s also profitable. The Sustainable Business Network argues Auckland could be $8.8 billion better off in 2030 if the city makes the transition to a circular economy. Thus, Circularity unlocks future economic growth by helping businesses to become circular by design.

In an interview with Idealog last year, she stated: “Most companies are coming to me to help extract growth without causing environmental damage. We currently exist in an intersection between sustainability, technology, and design. Our role focuses on how businesses can design solutions that removes waste and turns issues into economic growth.”

Another positive avenue to explore is the rise of social enterprises in New Zealand. From Everybody Eats, who has sought to solve food waste and feed communities, to Little Yellow Bird who has worked gallantly to eliminate waste and exploitation in the fashion industry. The Ākina Foundation, formerly known as The Hikurangi Foundation, works as a support agency to this growing community of social enterprises.

Ākina is focussed on creating a more socially and environmentally impactful economy by working with enterprises, businesses, charities and government. To do this they’re progressing initiatives around impact investment and social procurement. This work involves unlocking funding and trading opportunities to enable social enterprises to scale. Ākina are also working with the Government on a three year programme to create the economic conditions for social enterprises to thrive. The programme will also help map the way forward for future government support for the social enterprise sector.

To ignite action, The Ākina Foundation has launched multiple programmes, including The Impact Initiative, which invited the sector to have comprehensive discussion about what is needed to grow social enterprise and transform the economy.

Last year, the CEO of the Ākina Foundation Louise Aitken wrote for Idealog, in which she stated: “At Ākina, we firmly believe that social enterprises offer another set of solutions to solving some of our complex social and environmental problems in Aotearoa.”

Aitken says, “We’re working to put positive impact at the heart of our economy through the power of enterprise. Purpose-driven organisations like social enterprises offer huge potential to tackle some of the serious challenges we’re facing at the moment. Issues like inequality, poverty and climate breakdown”.

The statistics looks dark, yet scientists, governments and businesses have projected hope. New sustainability imperatives are upon us, circular economic models have entered the fray, and consumers have demanded for environmental accountability. Typically, the zero carbon bill was quick to meet its detractors, notably Russell Norman who claimed to RNZ it was toothless, there are plenty of businesses, including many who were not named in this article, who have shown a way forward towards a cleaner future. But in truth, responsibility falls on all of us, across all corners of business and consumer activity, to lead with action in the fight against climate change.